Last Updated 19.10.2021 | 9:50 AM IST
feedback language
follow us on
Bollywood Hungama » News » Bollywood Features News » EXCLUSIVE: “You are given a very fair opportunity in the industry,” says actor Waluscha De Sousa who will be making her digital debut with Crackdown

Waluscha De Sousa is currently gearing up for the release of her upcoming web series Crackdown. Directed by Apoorva Lakhia, the series also stars Saqib Saleem, Shriya Pilgaonkar, Ankur Bhatia and Iqbal Khan. In an exclusive conversation with Bollywood Hungama, Waluscha spoke about the show, her digital debut and getting fair opportunities in the film industry. 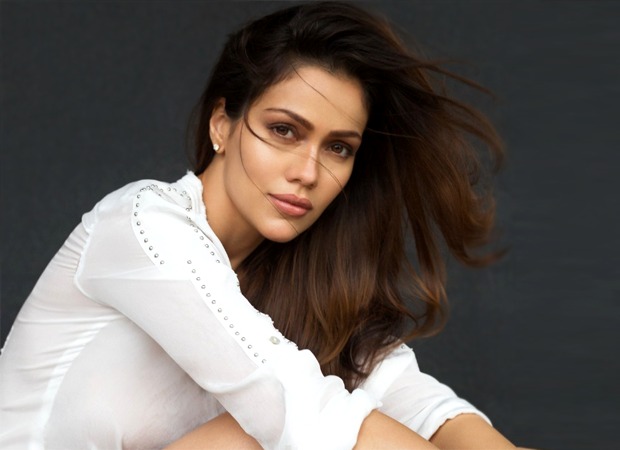 Talking about Crackdown and her role, Waluscha said, “With my character, unfortunately I cannot reveal much at this point of time. As the genre suggests, it is action. Of course, Apoorva Lakhia, the director is a stalwart as far as this genre is considered. It was great working with a director who has done this before. Action is very thrilling. The minute Apoorva narrated it to me, I knew I wanted to do it, because it involves a lot of action and it is a genre I wanted to explore and hopefully do more. Because while I was shooting, it was very thrilling. It gives you an adrenaline rush and it excites me. I had a ligament tear and I could not stand for almost three weeks. But through all of that it is so satisfying at that end. Waluscha said that she along with the team trained for two months with action master Javed before they started shooting.

With theatres being shut due to the pandemic, the popularity of OTT platforms is on the rise. When asked if as an artist, the platform makes a difference, the 36-year-old actress said, “I think it makes a huge difference. Whether it is theatrical release or OTT, for me it is about acting and about roles that excites me. However, I have to say, OTT gives you more in terms of character exploration, and with directors the creative liberty is more. There is a lot of realism attached to OTT, which as an actor really excites me. And I am saying that as I am doing three shows on three different platforms and very different characters. It is not like they stereotype you and put you in a box and say this is the only kind of space we see Walushca in which tends to happen as far as theatrical releases are concerned.”

Few actors have in the recent past spoken up about not getting a fair opportunity in the industry. Throwing light on it, Waluscha said, “I don't think that is the case at all. With OTT the realism is a lot. For them, if you look the part, you fit the part, you get the part. But yes, auditions are a huge part of it. A lot of the actors are working tirelessly, sending tapes because at the end of the day you want the team to believe in you, believe the fact that you do fit the certain role. I did not shy away from sending my tapes and say, ‘take a look, I can do this all. I can do action, comedy, etc’. It is part and parcel of what an actor does all over the world. You are given a very fair opportunity. There is so much happening in the OTT space and there is so much work for everybody. There are such great actors coming out of OTT. In OTT you need to work really hard at your craft.”

Crackdown will be releases on Voot Select on September 23, 2020.

ALSO READ: Did you know Waluscha’s daughter made her debut in Salman Khan and Jacqueline Fernandez’s music video Tere Bina?