Hollywood actor John Stamos, who has worked with Bob Saget in Full House (1987-1995), is remembering his late friend and co-star who died on January 9 at the age of 65. 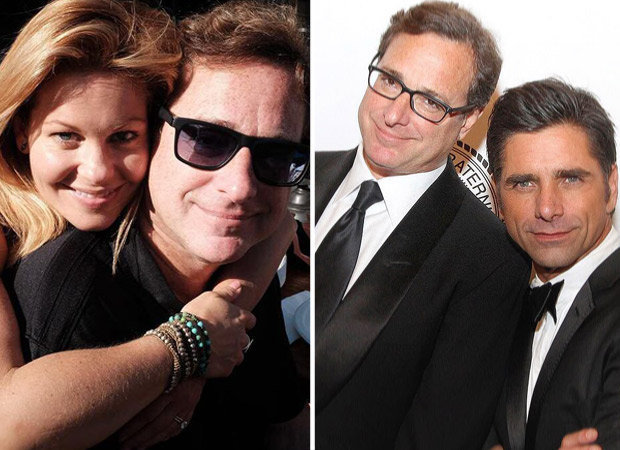 The 58-year-old actor shared a beautiful tribute honouring his comedian friend and admitted he was “not ready to accept” Bob Saget's death in a heartfelt post shared on Instagram.

He posted a photo of himself and Saget on Instagram Tuesday, with a lengthy message in the caption. "I'm not ready to accept that he's gone — I'm not going to say goodbye yet," Stamos wrote. "I'm going to imagine him out there, still on the road, doing what he loves with all his heart and humor."

"He's standing on stage, killing! Another two-hour set in front of a couple hundred of the luckiest people on the planet. They're laughing so hard, they weep." he continued.

"On his way to the hotel, he calls his beautiful, loving wife, Kelly. He says he feels 26 again, alive! Then asks her to fix up a picture he wants to post. She tells him it doesn't need fixing, and tells him how handsome he is. He tells her he loves her with every bit of his heart." the actor went on.

“And when he gets to the hotel to put his head on the pillow, he misses his daughters, his family, his friends. God, he loves us all so much," Stamos wrote. "And he goes to sleep dreaming of when we'll all meet again — and he's smiling. I know in my heart he's smiling, still hearing the laughter from a few hours before."

He ended his tribute with the line, "I'm just not ready to say goodbye yet. Maybe tomorrow. Maybe."

Candace Cameron Bure, who played DJ Tanner, Bob Saget’s daughter’s role in Full House, is also continuing to grieve after the death of her beloved friend and television dad. She called him “the glue” of her Full House family. The actress paid an emotional tribute to Bob Saget on Instagram by sharing a picture of her hugging Saget with a

lengthy caption. "Oh, Bob. Why'd you have to leave us so soon? We are all family, but you were the glue," Cameron began. "The sticky, messy, squishy, sweet, lovable glue. My childhood is wrapped up in you, my formative teenaged years and the rest of adulthood."

The actress continued, "You taught me to feel deeply at such a young age. You were never afraid or ashamed to share your emotions, to cry, to love, to laugh and say it out loud. We've always been so deeply connected since the day we met when I was 10 years old."

Continuing to her post, she wrote, “I want one more hug. I want one more text that says, “oh, btw, it’s me Bob” after a long rant. I want one more laugh. I want to roll my eyes at you one more time. I want you to tell me to watch something but then tell me maybe I shouldn’t because of my faith.”

Cameron further mentions how he was “so protective” of her and “cared about everything. And everybody.”

“You were the best. You were… Bob. There will never be another like you. I wish you could see the outpouring of love you have. You’ve certainly left a beautiful legacy in kindness, compassion, loyalty, generosity, and love. I’m not saying goodbye because you’ll never leave my heart. Even with this gigantic tear in it ” the actress wrote as she concluded her message.

The pair first started working together in 1987 as the father-daughter duo in Full House, before reprising their roles for the reboot Fuller House, which aired on Netflix from 2016-2020.

Bob Saget was found dead at the Ritz-Carlton in Orlando, Florida, following his stand-up comedy performance at the Ponte Vedra Concert Hall, outside of Jacksonville the previous night. The star's family confirmed his death in a statement

Also Read: Full House star Bob Saget was found dead in the hotel room, authorities say; ‘had no pulse and was not breathing’