While we have seen her either tripping to some of the most exotic locations or promoting her campaign for the rights of women, here Mallika Sherawat seems to be walking down the memory lane. The actress, who loves social media, shared one such memory from her younger days on her Instagram page. 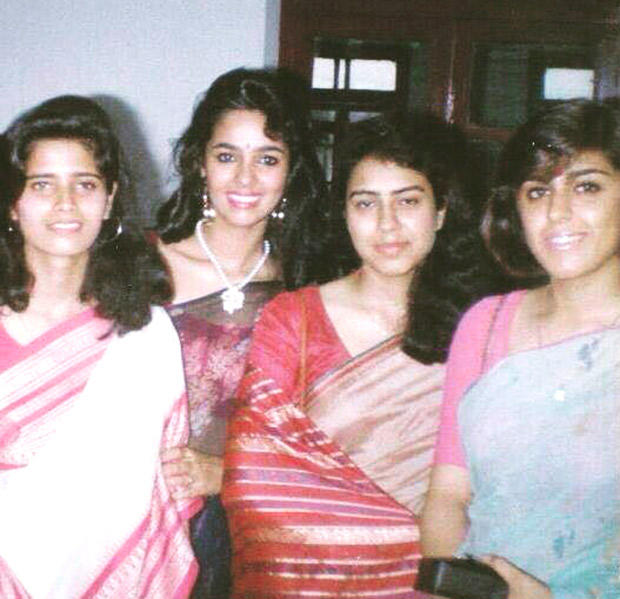 Mallika Sherawat, who is currently busy with her philanthropic work, posted a picture of her sporting a saree along with her school buddies. She captioned the same saying, “Major throwback, here I am wt my classmates in school, can you guess which one is me?” Although she wondered if anyone would recognize her, let us tell you that the actress does look quite similar to what she looks currently and it wasn’t too difficult to spot us. What say?

Major throwback , here I am wt my classmates in school, can you guess which one is me :)? #throwbackthursday

On the work front, Mallika Sherawat is keen on taking her campaign and initiatives that fight for the betterment of women. The actress has also met many dignitaries including the former President of the U.S Barack Obama to promote her initiatives. As for her films, Mallika was last seen in the Chinese film Time Raiders in which she played the role of a snake empress.

When it comes to Bollywood, Mallika Sherawat was last seen in Dirty Politics which also featured the late veteran actor Om Puri, Atul Kulkarni amongst others.