Hrithik Roshan starrer Super 30 is creating a right stir among the audience ever since the actor has gone de-glam for the role. The duo Ajay-Atul, who had scored the music of Hrithik Roshan’s 2012 film Agneepath, has reunited with the actor for Super 30, and their first song is the quirkily-titled 'Jugraphia'. Featuring Hrithik and his love interest, Mrunal Thakur, the romantic song’s lyrics written by Amitabh Bhattacharya are a blend of Hindi and Bihari words. This song marks a reunion of Hrithik Roshan and Udit Narayan. 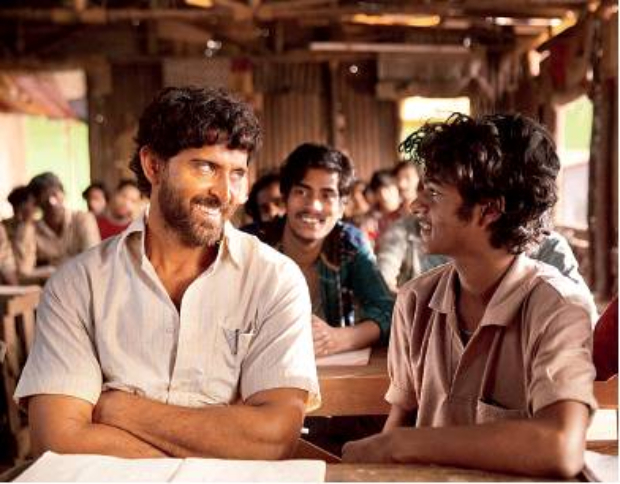 Udit Narayan, who had given playback for some songs in the actor’s 2000 debut, Kaho Naa Pyaar Hai, going on to sing for him in subsequent projects, has lent his voice to 'Jugraphia' along with Shreya Ghoshal. “I have not been this excited for a song in a while now. My last hit was 'Radha' from Student of the Year (2012), and I am sure this one will be even bigger than that,” Udit Narayan said

Describing it as a typical Bollywood romantic number, Udit informed that since the song required a specific diction, he had to rehearse with the composer-duo at their studio to get the pitch right. “Ajay and Atul had discussed the song with me almost a year ago. We did several sittings before recording it. It has the potential to become an earworm,” he added.

According to Udit, the song also conveys a social message. “It’s a conversational melody which talks about love being above wealth. Hrithik’s character is poor but is able to keep his better half happy,” he signed off.

A story of the triumph of spirit, Hrithik will be essaying the role of a mathematician, Anand Kumar who trains students for IIT-JEE in Bihar. The movie also features Mrunal Thakur alongside Hrithik in the most awaiting release of the year.