Hrithik Roshan is all set to make his comeback as a teacher in his upcoming film, Super 30. The movie is based on true events and has Hrithik playing the role of a mathematician, Anand Kumar, in his biopic. Anand has prepared a lot of students for IIT-JEE in Bihar and this story is inspirational. Hrithik couldn’t have been more excited for this role and the previous posters have set the tone perfectly to increase anticipation for the film. 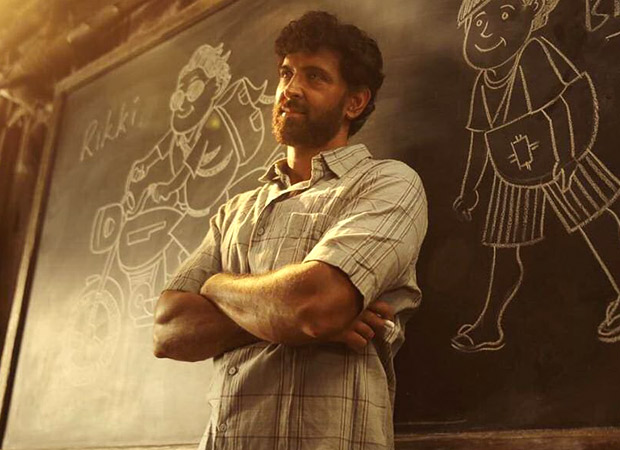 Hrithik recently returned from his trip to China where his 2017 hit, Kaabil was premiered. He had a gala time in the country and even met Jackie Chan. As for the still, he uploaded it with the caption, “Kya banna chahte ho? Rikki ya Bholu? Super 30 ke vidhyalay mein shaamil hone ke liye taiyaar ho? Milte hain ek baje. #Super30Trailer out today at 1 PM ... @mrunalofficial2016 @nandishsandhu @theamitsadh #PankajTripathi #AnandKumar @sarkarshibasish #SajidNadiadwala @reliance.entertainment @nadiadwalagrandson @pvrpictures @super30film @zeemusiccompany”

Super 30 releases on July 12 and is directed by Vikas Bahl. Apart from this, Hrithik Roshan will also be seen starring in an untitled action film with Tiger Shroff and Vaani Kapoor. He has been training really hard to get back in shape for the role since it involves lot of edgy stunts and dance numbers.