Last Updated 05.10.2022 | 9:41 PM IST
feedback language
follow us on
Bollywood Hungama » News » Bollywood Features News » “The film has got its due within such a short span of time,” says Akshay Kumar as BellBottom becomes a blockbuster on Prime Video in India

Akshay Kumar starrer BellBottom, an untold real-life story based on true events led by an undercover agent by the code name - BellBottom, premiered on Prime Video on 16th September. Within two weeks of its streaming premiere, the film piqued interest from Indian and Global audiences, making it a blockbuster hit on Prime Video. In its maiden fortnight, BellBottom has streamed across 98% pin codes in India, as well as in 199 countries and territories around the world. 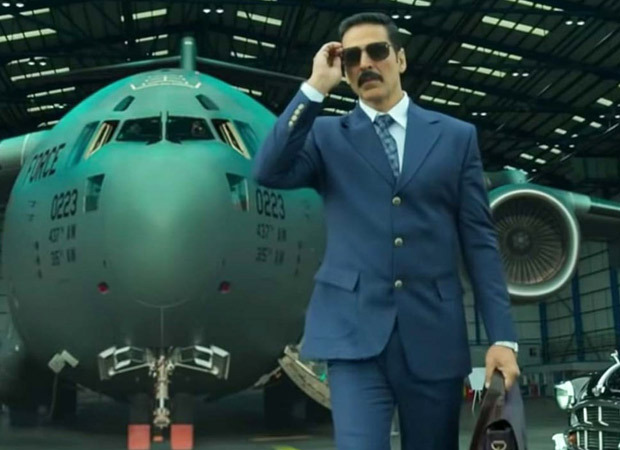 “The film has got its due within such a short span of time,” says Akshay Kumar as BellBottom becomes a blockbuster on Prime Video in India

“We believe that great content transcends borders and languages – Bellbottom is a great example of that," said Gaurav Gandhi, Country Manager, Prime Video. “With viewership from 199 countries across the world, the action-drama showcases the increasing interest in local, authentic and world-class cinematic value content from India. We are delighted that BellBottom has resonated so well with audiences in India and around the world.”

“With a film like BellBottom, we wanted to reach audiences far and wide, and I am glad that we partnered with Prime Video for its digital release,” actor Akshay Kumar said . “The film has got its due within such a short span of time, thanks to their reach, more and more people have been able to watch the film from the comfort of their homes. I am humbled that the film is getting the kind of love and appreciation from the audiences.”

“BellBottom is very close to my heart, and the love that it has been getting from the audiences is phenomenal,'' producer Jackky Bhagnani said. “This was one of the first films to be shot during lockdown, and I am absolutely proud of how the film has turned out to be. Despite all the challenges, we’ve managed to create a film that has been loved and appreciated by audiences worldwide. So happy to know the kind of reach Prime Video has given this film, I think we’ve hit a home run!”