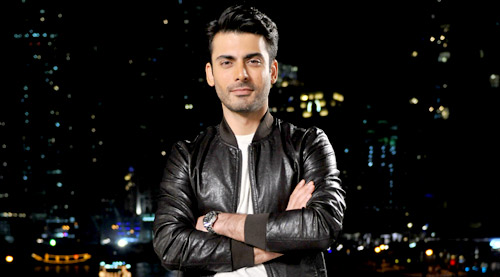 'Filmmaking is about creativity' is an adage that time and again filmmakers, actors, producers have tried to explain to all those who have inhibitions and imposed societal

taboos over content shown in this form of entertainment. From the titles to dialogues to songs, films have been caught up in controversies and several actors have been put under the scanner for

showcasing content that is not acceptable to certain spectrum of audience or rather orthodox audience.


Many of us remember 'Fawad Khan' as the man who played an Islam activist and a violent husband in the critically acclaimed film Khuda Ke Liye. But today, with Kapoor & Sons, he has

proved that scripts and roles are all that matter to him and not inhibitions. From negative roles to romantic, Fawad Khan has experimented with characters ever since his stints on television. While

it is a cakewalk for a man who has been in this industry for over a decade, to mould himself as per the Bollywood standards was equally important.


But we must give it to that man for a marvelous start. From Khoobsurat to Kapoor & Sons, he has proved that irrespective of genre or the industry, Fawad Khan can stand tall amidst

renowned stars and his sole objective is to act in films he believes in. Definitely, it was a huge risk for Fawad to accept Kapoor & Sons that can have a huge impact on his target audience.

When we talk about target audience, we are referring to those millions of girls who are swooning over Fawad Khan and his looks. Besides them, we are also talking about all the households who were

beaming with pride when the actor accepted his Filmfare Award for his Bollywood debut Khoobsurat. Will they ever be able to accept Fawad as a homosexual character? We highly doubt! (Sorry,


In a country like Pakistan, which has rigorous censorship over liplocks to intimate scenes, Fawad took a step ahead by playing a homosexual character in his latest release. As heartbreaking as it

sounds for his crores of female fans, it is also a move worth appreciating. For a man whose looks, chivalry and charm have created magic on and off screen, he took a bold step despite knowing the

fact that his audience may not take it lightly. However, the Shakun Batra directorial, unlike homosexual characters which are often added for the element of humour in a Bollywood film, handles the

sexual orientation with extreme sensitivity. The pain, the love, the helplessness of 'Rahul' (played by Fawad Khan) is handled extremely well script-wise and Fawad, despite his macho image, has

managed to portray it with conviction.


Though this is not the first time where the actor has broken stereotypes. He has done liplocks in both his Bollywood ventures. Fawad also hasn't shied away from doing a role that even a big

Bollywood star would hesitate before accepting. Even in one of the most popular Bollywood films about homosexuality Dostana, neither John Abraham nor Abhishek Bachchan were actually

portrayed in that manner. The song 'Shut up Bounce' revealed the two actors' philandering ways with women in the film. But in Kapoor & Sons, it was clear as crystal yet Fawad Khan's

role as a homosexual will make you feel for him. It doesn't demean his macho image or his role as the eldest son or brother in Kapoor & Sons.


But the question still remains, how his target audience in Pakistan will react? If he would have played a man having an extra marital affair or probably a negative role, he wouldn't be afraid of

facing wrath from his own hometown but playing a character that is on paper illegal even in India (section 377), we wonder if the actor ever considered about their reaction. But, we believe Fawad

Khan was fearless when he signed up for this role. Though he had to maintain the secrecy of the role to maintain the suspense element of the film, he had also once said that he has no problem with


Yes Fawad Khan, when it comes to films and roles, it is the script that matters and one's decision is always influenced by one's own thoughts. We appreciate his sheer guts to break free from the

image that his fans love to see him as. Experimentation is the key to stay immortal amidst the cut throat competition in Bollywood films and Fawad Khan, though may have broken a few hearts, has