Farhan Akhtar is all set to return to acting after he last featured in Lucknow Central. After coming on board for The Sky Is Pink, the filmmaker - actor will now play the role of a boxer for the first time in Toofan. Considering that it is a sports film and also owing to the character, Farhan is expected to undergo rigorous training sessions at the gym. Recently, the multi-talented star took to social media to give us a glimpse of the prep that he has been doing for Toofan. 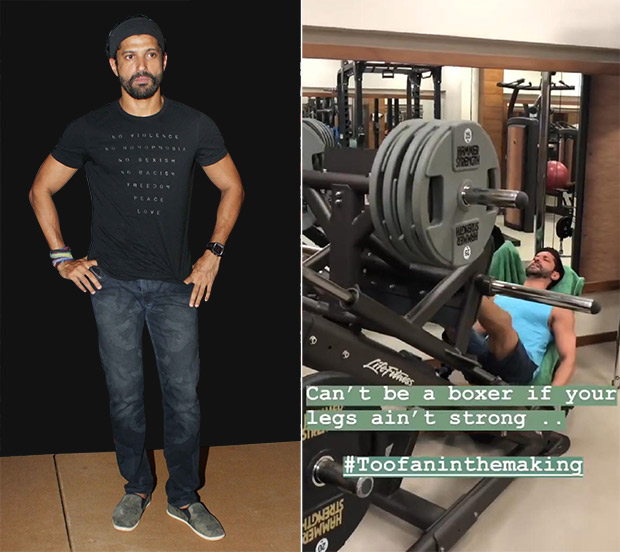 Readers may be aware that even during Bhaag Milkha Bhaag, which saw Farhan Akhtar and Rakeysh Omprakash Mehra collaborating, the actor had done a lot of exercises to get into the skin of Milkha Singh, a biopic on the athlete. Similarly, even for Toofan, Farhan Akhtar is doing varied type of exercises to get the desired result of a boxer’s body. He recently posted a video as his Instagram story wherein he had written, “Can’t be a boxer if your legs ain’t strong… #Toofaninthemaking”.

Farhan Akhtar was seen doing leg exercises at a gym recently as he kicked off preps for his next. Coming to the film Toofan, Farhan had described the film as a heart-touching story of a boxer. However, unlike Bhaag Milkha Bhaag, this film is inspired by fictional elements and is scripted by Anjum Rajabali. 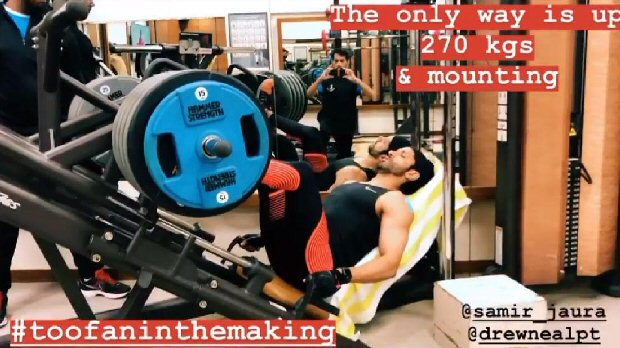 Toofan is expected to go on floor this year. However, details of the same are kept under wraps. As of now, he is busy wrapping up the film The Sky Is Pink which features him opposite his Dil Dhadakne Do co-star Priyanka Chopra as the two play parents to a daughter suffering from pulmonary fibrosis. He is also riding high on the success of his debut Kannada production KGF that has made a mark on the box office recently.