Last Updated 01.02.2023 | 8:30 PM IST
feedback language
follow us on
Bollywood Hungama » News » Bollywood Features News » Farah Khan and Malaika Arora dance on the hookstep of ‘Chaiyya Chaiyya’; recalls how Malla almost did not do the song

Malaika Arora, who is known for some of the popular dances in Bollywood films, will be seen hosting a new show called Moving In With Malaika. We all know the bond, the dancer-reality show judge shares with the industry and now, she is all set to give her fans, a deeper insight into her life with her new show. Recently, choreographer turned filmmaker Farah Khan, who is also a close friend of Arora, shared a video of her and Malla dancing to the latter’s iconic dance numbers. Later, in one of the reporters, Farah confessed that Malaika was never the first choice for ‘Chaiyya Chaiyya’. 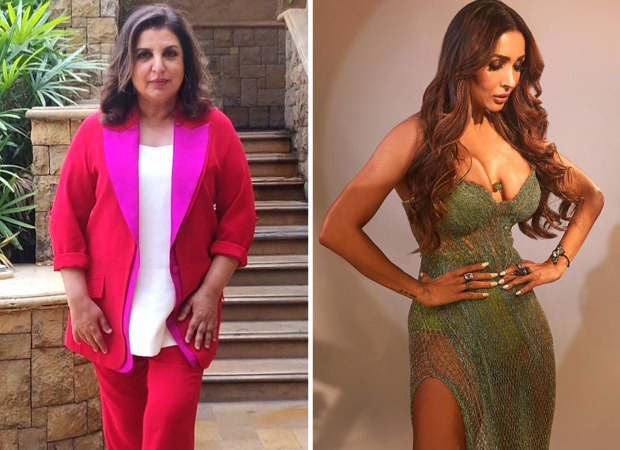 Farah Khan and Malaika Arora dance on the hookstep of ‘Chaiyya Chaiyya’; recalls how Malla almost did not do the song

In a recent video posted by the two, Malaika Arora and Farah Khan are seen dancing on different hooksteps from the song ‘Chaiyya Chaiyya’ to ‘Munni Badnam’ to ‘Anarkali Disco Chali’. While these numbers have become iconic and one cannot imagine it without Malaika being a part of it, let us tell you an interesting anecdote that was revealed by Khan recently. It seems that Malla was not meant to be the original ‘Chaiyya Chaiyya’ girl. The song was apparently offered to actress Shilpa Shetty.

A DNA report recently quoted Farah Khan saying, “You’re the Chaiyya Chaiyya girl. But luckily for you, some five heroines had refused to climb on the train. Malaika was nowhere on the radar. We approached Shilpa Shetty Kundra, Shilpa Shirodkar, and 2-3 other people. One had a phobia of climbing on the train, another one was not available." She continued, “Then the makeup person said, Malaika is a very good dancer. When she climbed on the train, we were completely curious whether she would pull it off or not. But the rest as we know is history.”

For the unversed, the song ‘Chaiyya Chaiyya’ sung by Sukhwinder Singh and Sapna Awasthi is from the movie Dil Se (1998) and is also picturized on Shah Rukh Khan. The song features all of them including the superstar dancing atop a moving train. While the song released in the 90s, it is considered to be one of the most iconic works of AR Rahman even today.