Last Updated 27.05.2020 | 9:01 PM IST
feedback language
follow us on
Home » News » Bollywood Features News » Bollywood News “She is extremely humble and she doesn’t take being a star for granted”- Vicky Kaushal on working with Alia Bhatt in Raazi

Vicky Kaushal, the actor who made his debut with Masaan in 2015, has an interesting array of projects lined up. While the actor won accolades for his debut performances and in Raman Raghav 2.0, the actor still thinks he has a long way to go. With Meghna Gulzar upcoming film Raazi, Vicky Kaushal is playing the lead opposite Alia Bhatt. The film is adapted from Harinder Sikka's book 'Calling Sehmat'. It film narrates the story of a Kashmiri woman who was persuaded to marry into a Pakistani family and goes undercover as a spy during the Indo- Pak war in 1971. 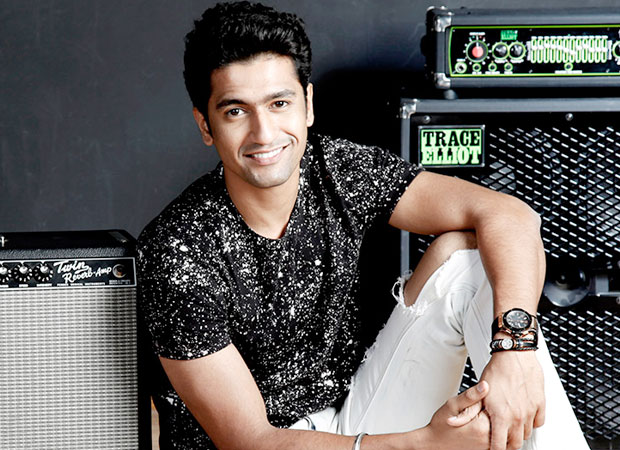 During a media interaction with Vicky Kaushal, he spoke about his role in Raazi and the prep he did to play an army officer. "Firstly, the first and foremost thing for an actor, especially what works for me, is to go with an empty cup to the director. You mold me; you fill whatever you want to fill in this cup. You understand everything from story to script, what is the director's vision. For playing Iqbal, the command on the Urdu language was important, to work on how subtle it should be. We would sit together and work on each line. I always demand devnagri script instead of Roman. Meghna helped a lot. To understand Iqbal as a husband and as a son, it was an interesting process," said Vicky.

"The script was my bible and the priest was Meghna. As the book is very vast and we are telling a part of it in Raazi, it was a better process to follow the script," Vicky added when asked whether he read the book.

Raazi is the first time Vicky Kaushal is sharing screen space with Alia Bhatt. While he is only a few films old, Alia is already a big star with diverse roles in her kitty. When asked whether he had any inhibitions on working with Alia, he said, "She is the just biggest star in the country. She is one of the most amazing human beings I have ever met in my life. Look, it’s the story that drew both Alia and me to this film. Secondly, Alia doesn’t carry the baggage of being a star. She is extremely humble and she doesn't take being a star for granted. She is very easy to talk to so there is no process to breaking the ice. When you are talking to Alia, she is just real and as real as she can get."

Vicky further revealed how he got the part of Iqbal in Raazi. He said, “I got a call from Karan (Johar). He said that Meghna is making a film and she felt I was suitable for the part in the film so why don't you meet her. I went to Dharma office and met Meghna for the first time. I was a huge admirer of Talvar. She gave me a gist of the story, narrated two scenes and wanted me to film them so that she gets an idea of how Alia and I looked together. I had no idea Alia was going to be there but she was just there to give me cues, which was very sweet of her. It was more like a screen test. Next day, I got a call that I was on board for the film. We are sending you the script and do let us know your views. I read the script and I was blown away. I felt honoured to be a part of the script."

Vicky Kaushal really has an interesting set of work lined up. One of the projects is Ranbir Kapoor-starrer Sanju. It is rumoured that he is playing the role of Sanjay Dutt's friend and brother-in-law Kumar Gaurav. Without revealing anything, he said, “I am dying to talk about my character (laughs) but I have been told to wait. I'm allowed to talk only after the trailer is out. Some experiences are such that even after you have lived it, you are randomly pinching yourself. It's a dream come true to work with my most favourite director and actor. Ranbir is not just an outstanding actor, with complete control over his craft, but he is also a very secure human being," says Vicky, adding, "I am keeping my fingers crossed and I hope this year turns out to be good for me."

With Raazi, Vicky Kaushal will be seen in Rajkumar Hirani's Sanju, Anurag Kashyap’s Manmarziyaan and Karan Johar’s Netflix movie, Lust Stories. "It's very overwhelming and surreal. Sometimes I wonder, I should not think about it much. I just want to keep going. The year 2015 was when I made my debut. In 2018, I get to work with these directors consecutively, for me, it's a huge deal," said Vicky.

Lastly, Vicky Kaushal talked about his next project after Raazi. "I am also doing a film with Aditya Dhar on the Uri attacks and surgical strikes of 2016. I will start shooting it one week after the release of Raazi. I will be going to Serbia for two months. In Raazi, I am playing Pakistani Major. In Uri film, I am playing a Special Force Indian Commando in the film on Uri attacks. I am very excited as it's my first out and out action film," he said.

Raazi starring Alia Bhatt and Vicky Kaushal releases on May 11, 2018.

Also Read: “I want to be diva but I also want to be at the top of all National awards,”- Alia Bhatt on choosing glamorous and unconventional roles