Bollywood actress Mahie Gill who was last seen in the film Durgamati as a police officer, will now be seen in the Disney+Hotstar series 1962: The War in The Hills. This is the story of 125 Indian soldiers who fought against 3000 Chinese in a battle that changed the course of the war. Ahead of the release of the series, Mahie Gill spoke to Bollywood Hungama about the series, OTT platforms and her choices in cinema. 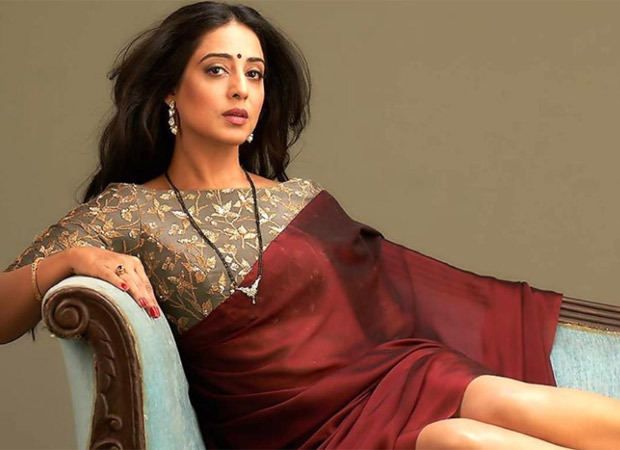 Mahie Gill plays the role of an army officer’s wife in the series. Talking about why she chose to do the series, Mahie said, “First of all, I love the story. This story is very important and I wanted to be a part of it. Also, this is something I have never done before. People should know about the war and know how the lives of people are. The director Mahesh Manjrekar, I wanted to work with him for a long time. The production, the whole thing was quite interesting. So I couldn't say no.”

While the series is inspired by true events, Mahie’s character is completely fictional to have a larger understanding of the emotional aspect of the situation back then. Talking how it is different from other war films and series that have been previously made, Mahie said, “Basically, in this case, this is not only a war-war series. It's about these people, about families, love, emotion. Through this we will get to know about the life stories of the army jawans and officers. We will see their struggle, their history and what their life is like. So it is not a war war series. There is drama and emotions also.”

The series is directed by Mahesh Manjrekar who is also a prolific actor. Throwing light on being directed by someone who is also an actor, the actress said, “That is the good part about it. I have been fortunate that the kind of films that I have done so far, be it with Anurag Kashyap or Tigmanshu Dhulia, are all actors and directors. And they are all amazing actors and excellent directors. Things become very easy when you have a director who's also an actor. They capture the nuances and explain the scenes properly so it becomes easier as an actor.”

Mahie is also all praise for her co-stars Abhay Deol, Akash Thosar, Sumeet Vyas and Chang. “All the actors have done a great job.They're very talented. Abhay is, as you all know, very very good. Others also have done a fabulous job,” she said.

While the series is being released on an OTT platform Mahie's last film was also released on OTT platform. Expressing her views on this shift in content consumption, she said, “I have been saying this from the past two years that OTT is the future. You know the kind of work people are getting, whether it is technicians, actors, the kind of work everybody is getting. Plus there is so much option, you can choose. Amazing content is coming to OTT platforms. But again I would like to say I miss theatre because I have grown up watching cinema and my films have been released in theatres. I do miss cinemas, but at the same time OTT is the future.”

Mahie has been a part of the film industry for a long time now. When asked if her choices in choosing scripts have changed over the years and whether she can make out between scripts which would work and which would not, she said, “I still do not understand. It has to be something that excites me. I wait for something good to come my way. When it comes I just need to know the whole script and my role. What works and what does not, this I cannot tell even today.”

For Mahie Gill, Box office is not a deciding factor while deciding a script. “Thankfully there is no attention on the box office on OTT , but for cinemas there is constant tension. But yes, I do get nervous when films used to get released in cinemas. Fridays used to be very tense for me. Even now that will happen when a movie will hit the theatre. But a film should work because through that work is created, producers get their money, more films will be made, more people will get work and that is what is important,” she added.

ALSO READ: Anurag Kashyap gets thumbs up from Mahie Gill, unexpected support from his first wife