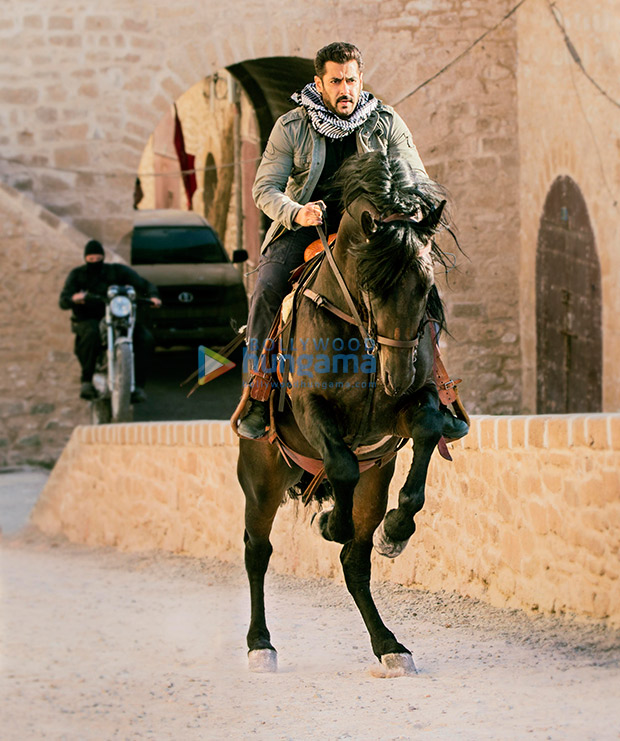 Salman Khan has shot one of the most extravagant action sequences on a horseback in Morocco! In YRF’s mega action thriller Tiger Zinda Hai, Salman plays a super spy who is an Indian intelligence agent. The Morocco schedule of the film features high octane action scenes that Salman Khan had to pull off riding on a horse.

Salman Khan had spent just three days in preparation for this chapter of the action thriller. To ensure brilliance in execution and assured safety, the team of Tiger Zinda Hai had hired expert horse trainers who have worked on huge Hollywood productions like Brad Pitt’s Troy and Alexander.

Director Ali Abbas Zafar explains, “Salman is a trained rider. He returned from the IIFA awards and took just three days to get familiar with his horse, Wado. A prized Spanish stallion, with a gleaming black mane, the horse was trained to cross hurdles, jump over barricades and ride down hills. We have shot risky and edgy portions on horseback with Salman. Getting Wado to know Salman and vice versa, therefore, was key to ensuring that this portion of the shoot goes off well. We’ve shot for eight days and getting trained, skilled horses actually made this portion of the shoot fairly easy to execute.”

The most awaited film of 2017, Tiger Zinda Hai, starring Salman Khan and Katrina Kaif in the lead is set to release on December 22, 2017.