Actress Sara Ali Khan has quickly managed to grab a huge fan following thanks to her charisma onscreen. While her last film Love Aaj Kal didn’t fare well at the box office, the actress is determined about her next which is set for next year’s release. Starring Dhanush and Akshay Kumar, Atrangi Re is being directed by Aanand L Rai. 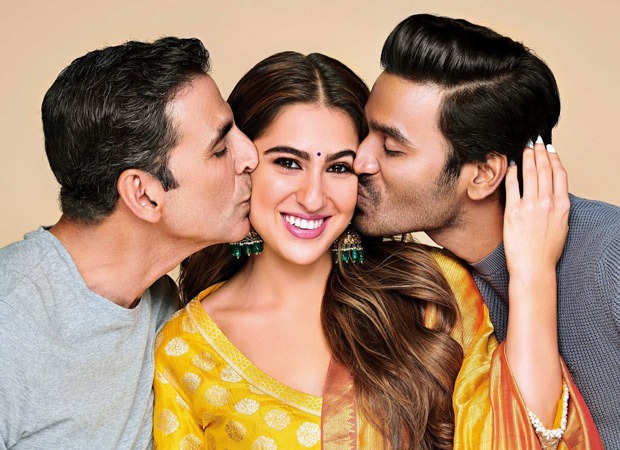 Speaking to Bollywood Hungama recently, Sara Ali Khan revealed that she has not yet filmed with Akshay Kumar but had few scenes with Dhanush. Speaking of working with Dhanush, she said, “I haven’t worked with Dhanush very much. We had a short schedule in Banaras. He is such a humble actor, he is also very well-read, well-mannered and more than that he is so talented. He made me hear a lot of his music also, a lot of South Indian music which I have also started listening to. I insisted that he Whatsapp it to me. So, I work out to it sometimes. He is so talented, he composes music, sings songs, writes and of course acts and does it so well. Watching him on set was such a privilege. He was always like one take or two takes okay.  He is amazing!”

Sara Ali Khan went onto reveal that she has watched four of his films – Raanjhanaa, Asuran, Vadachennai and Mari 2. “I have seen four of Dhanush’s films and that ‘Rowdy Baby’ song from Mari 2 is so good. Whoever has not watched the song, needs to watch ‘Rowdy Baby’. I think it’s an outstanding song.”

ALSO READ: VIDEO: Sara Ali Khan becomes overwhelmed with emotions after a fan writes a heartfelt poem for her