In her earlier conversation with Bollywood Hungama, Sana Khan was quite explosive about her recent breakup with choreographer Melvin Louis. She not only accused him of cheating on her, but also went on to add that Melvin was a sexual offender who exploited a number of women in various ways. 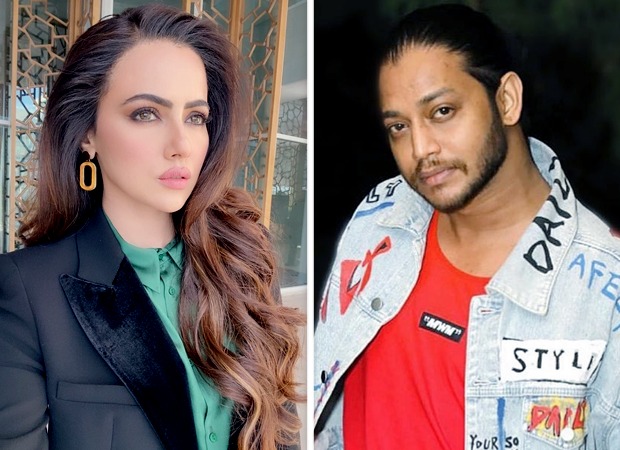 It does not end there. We decided to catch up with her over an Instagram live session this time, and she made even more revelations! As per Sana Khan, she discovered Melvin to be a bisexual who also hit on men.

"After his last breakup, he told me he caught his ex cheating with multiple boys, that she is a gay and has affairs with girls. I was like, why were you dating a gay? And then I got to know he is no less bisexual," Sana said.

"He goes for boys, I know the boys. They're in Bandra. Another ex-girlfriend of his is also involved in this, but I don't wish to name her. Apparently, he was going around with this girl since 2017 but she never appeared on his Instagram since she was not very popular. He was aiming to woo a bigshot. Meanwhile he started dating another girl while his previous affair still continued in the background. Then he saw me, and they made me a target. He figured he needed to impress me because I could be his door to name and fame," she said, re-emphasising on her previously made claim that Melvin used her as a doorway to monetary success and popularity.

"When our relationship became public on Instagram, his ex-girlfriend asked him why he never acknowledged her the same way. He told her he was going to use me, earn some money, become famous, build our market and then they could have a good life," she added.

In the past, Sana had stated that Melvin opined about all her professional decisions and had restricted her from working with a big superstar. However, it was only yesterday that she revealed she was talking about Salman Khan! "Salman and I share a very respectful relationship. He is a wonderful man and he has always looked at me with a lot of respect. I can even tie him a Rakhi, such is my relationship with him. It's so pure. And I have a good rapport with Sohail because I have done his movie. We also did a lot of events together," she said, adding that she was invited to the Bigg Boss press conference and was requested by the channel to shake a leg for the promo.

That is as explosive as it can get.