Last Updated 29.01.2023 | 5:05 PM IST
feedback language
follow us on
Bollywood Hungama » News » Bollywood Features News » EXCLUSIVE: Salim Merchant and Sulaiman Merchant on Chak De! India music: “The pressure was crazy, at one point we were ready to give up the film,” watch

Incredibly talented music-maker duo Salim Merchant and Sulaiman Merchant have been composing music in the film industry for more than two decades. Together, the duo has given music to some of the iconic films, including Shah Rukh Khan-starrer Chak De! India. In a conversation with Bollywood Hungama, Salim-Sulaiman took a stroll down memory lane and shared some interesting BTS stories. 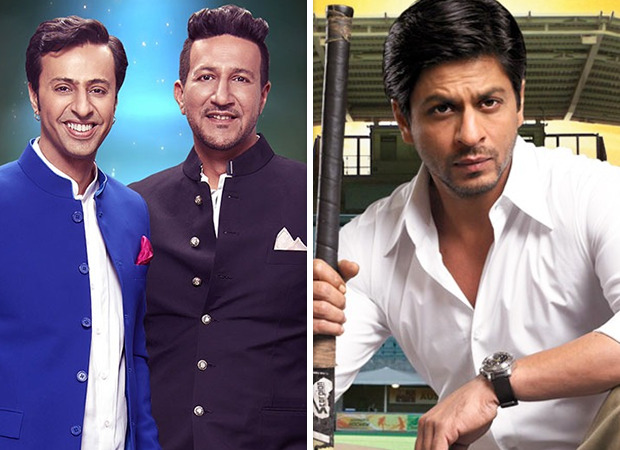 EXCLUSIVE: Salim Merchant and Sulaiman Merchant on Chak De! India music: “The pressure was crazy, at one point we were ready to give up the film,” watch

When we asked the duo to tell us about Chak De! India, Salim started off by saying that they cried during the script reading session. He asserted, “The pressure for its music was so crazy because we have to create straightaway a sports anthem.”

Elaborating on the same, Sulaiman said, “At one point, we were ready to give up the film. Because we were unable to crack the title song.” He further added that given the intensity of the script and Shah Rukh’s character Kabir Khan, they “felt” the title track “should have more depth and patriotism”.

The duo revealed that in the process, they created six to seven versions of the title track. Sulaiman recalled Salim telling him that if the makers reject the seventh version, the latter will give up the film. However, they sought motivation from the writer of the film, Jaideep Sahni. They also mentioned that producer Aditya Chopra had asked them to make the song about winning.

Upon this, Salim added that they took reference from ‘Jumma Chumma De De’ to create the framework of Chak De! India title track. He concluded by saying that they started working on the song in the afternoon and called singer Sukhwinder Singh. So, by the evening, they recorded the title track.

Interestingly, Chak De! India reportedly became one of the highest-selling soundtrack albums of the year.

Also Read: Mithun Chakraborty’s Disco Dancer to be made into a play by musicians Salim-Sulaiman