The makers of the much-anticipated film 83 released the trailer of the iconic cricket match of India on November 30. The incredible true story of the underdogs who pulled off the unthinkable, the cricket drama is all set to hit the big screen on 24th December 2021. Directed by Kabir Khan, 83 is one of the most anticipated films of the year. The film revolves around India's historic 1983 World Cup win. Ranveer Singh will be seen stepping into the shoes of Kapil Dev. Also starring are Tahir Raj Bhasin, Jiiva, Saqib Saleem, Jatin Sarna, Chirag Patil, Dinker Sharma, Nishant Dahiya, Harrdy Sandhu, Sahil Khattar, Ammy Virk, Addinath Kothare, Dhairya Karwa, R Badree, and Pankaj Tripathi. Deepika Padukone will be seen playing Romi, Kapil Dev's wife. 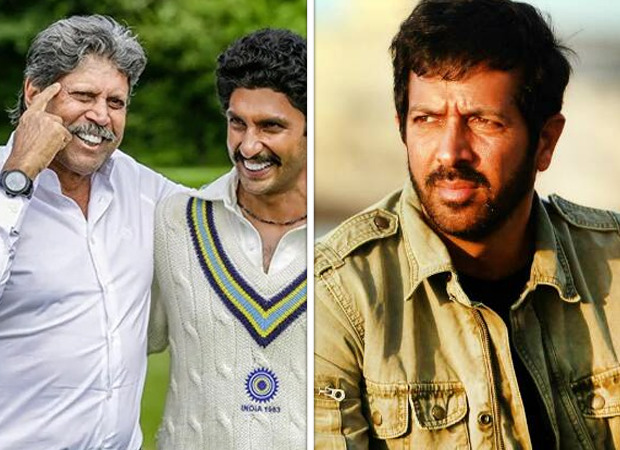 EXCLUSIVE: “Ranveer Singh has put in a lot of hardwork” – says Kabir Khan on 83 and emulating Kapil Dev

During the promotions of The Forgotten Army back in January 2020, Kabir Khan told Bollywood Hungama, filmmaker Kabir Khan opened up about Ranveer Singh emulating Captain Kapil Dev for 83.  "He's put in a lot of hardwork, not in just the way he looks, the way he plays. What I must say is there's a lot being talked about, the way he's done his hair and everything. But most important is actually his expression. It's the expression that counts. You can give him the features but if the expression doesn't match Kapil Dev, he will just not look like Kapil Dev. And that is what Ranveer has achieved and totally on his own of course. We gave him the access and then we just went to live with Kapil sir, moved into his house in New Delhi, and just didn't leave him - whether he was playing golf, whether he was having business meetings, having breakfast, lunch, dinner, we just standing, sitting and observing him chatting with him. That's what makes him [who he is]," he revealed.

ALSO READ: EXCLUSIVE: “They were paid 15 pounds a day in which they had to have their lunch, dinner, make phone calls home, wash clothes” – says director Kabir Khan on Ranveer Singh starrer 83