After a long wait, the makers of the much-anticipated film 83 have released the trailer of the iconic cricket match of India. The incredible true story of the underdogs who pulled off the unthinkable, the cricket drama is all set to hit the big screen on 24th December 2021. Directed by Kabir Khan, 83 is one of the most anticipated films of the year. The film revolves around India's historic 1983 World Cup win. Ranveer Singh will be seen stepping into the shoes of Kapil Dev. Also starring are Tahir Raj Bhasin, Jiiva, Saqib Saleem, Jatin Sarna, Chirag Patil, Dinker Sharma, Nishant Dahiya, Harrdy Sandhu, Sahil Khattar, Ammy Virk, Addinath Kothare, Dhairya Karwa, R Badree and Pankaj Tripathi. Deepika Padukone will be seen playing Romi, Kapil Dev's wife. 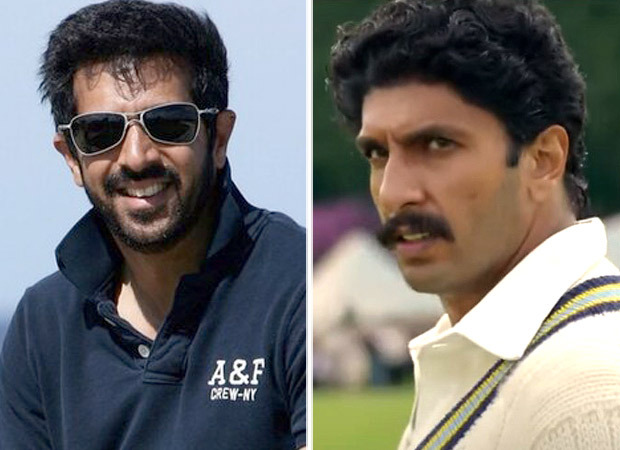 As we head into December when the film hits the big screens during Christmas, we look back at filmmaker Kabir Khan's interview where he extensively spoke about 83. During the promotions of The Forgotten Army back in January 2020, Kabir Khan told Bollywood Hungama, that this project chose him and it was one of the best stories he had ever heard in his life. "I often say this, that sometimes, of course, as filmmakers, we are always seeking out stories. I think sometimes the stories choose you. I feel so privileged and blessed that two of such amazing stories of The Forgotten Army and 83 have, in a way, have chosen me. These stories have been in front of our faces, one for about 70 years, and the other for 35 years. We all know these are absolutely fascinating stories, but nobody attempted to make them. It just so happened that with The Forgotten Army, it came to me, and 83, this material came to me and I read it. I must mention here that I am not a cricket buff; I'm not one of those mad cricket fanatics who will sit for five days watching a test match. I get very impatient. So when I got the material, I realized that 'Okay, I would probably be the best person to read this material, because I'll never get swayed by the cricket in it.' I read it. I won't even call it complete, it was more material and like, put together and I got a lump in my throat by the end of it. For two days I was thinking, what is that? Why did I get that lump in my throat? And that's when I realized this is an amazing human story. It is. And I dare say it's probably, it's a true story. But it's probably one of the best stories I've ever heard in my life," he said in the interview.

Talking about the hurdles Indian Cricket Team faced in 1983, the filmmaker revealed, "Our audience comprises mostly of the youth. Now today, you tell the youth Indian cricketer, they'll all imagine a millionaire, you know, driving his Ferraris. But this is talking about a time that had a completely different ethos. They talk about a time when they had no money. They were paid 15 pounds a day in which they had to have their lunch, their dinner, make their phone calls home, wash their clothes. So you actually have the Indian National Team cricket team, not wanting to wash its clothes, because it's too expensive. You save and don't wash it for two, three days you can buy a new pair of jeans, because then in 15 pounds used to get a new pair of jeans."

Recalling an incident shared by ace cricketer Sunil Gavaskar, he mentioned, "So there are people like Sunil Gavaskar. He was one day joking 'People always used to say that Indians earlier were never good fielders and today you see the boys jumping all over sliding, slipping.' He said 'Before we dive for the ball, we used to think who's going to wash our pants? So if I can make it without diving, let me just pick it up without diving.' That's the ethos we're talking about. Right? And there are some beautiful tales around it. Of course, we talked much more about it. I'm sure before the release of it. It's a completely different culture. And it's also a classic story of an underdog today, it's very difficult for us to understand the Indian cricket team as underdogs. They are favorites everywhere, right?"

"In 83, when this bunch, I call them a bunch of boys because they which was really young team. I mean, it was 24 years old, landed in London. I went there to the archives and look through the newspapers, almost every London newspaper just wrote them off. They said, this team should not even be invited to the World Cup, because actually, they bring down the level of the World Cup. Because till 83, India never won a single match in the history of the World Cup. West Indies had not lost a single match in the history of the World Cup till then. The first match of the 83 World Cup was India versus West Indies, where they actually defeated the West Indies and that was the biggest upset, and then from there on, of course, the whole journey to the ups and downs," he told Bollywood Hungama.

Speaking of his lead actor Ranveer Singh who plays the role of Indian Cricket Team Captain Kapil Dev, Kabir Khan said that the actor emulated the Captain. "He's put in a lot of hard work, not in just the way he looks, the way he plays. What I must say is there's a lot being talked about, the way he's done his hair and everything. But most important is actually his expression. It's the expression that counts. You can give him the features but if the expression doesn't match Kapil Dev, he will just not look like Kapil Dev. And that is what Ranveer has achieved and totally on his own of course. We gave him the access and then we just went live with Kapil sir, moved into his house in New Delhi, and just didn't leave him - whether he was playing golf, whether he was having business meetings, having breakfast, lunch, dinner, we just standing, sitting and observing him chatting with him. That's what makes him [who he is]," he revealed.