Last Updated 01.10.2020 | 9:59 PM IST
feedback language
follow us on
Home » News » Bollywood Features News » Bollywood News EXCLUSIVE: “I would be lying if I would be saying that there was no actor who did not cry,”- Aahana Kumra on Sushant Singh Rajput’s demise

Sushant Singh Rajput passed away on June 14. He was found hanging in his apartment in Mumbai. His untimely death left the entire nation in a state of shock. It also led to a heated discussion on the working of Bollywood. Actress Aahana Kumra who was recently seen in the film Khuda Haafiz spoke about the death of Sushant Singh Rajput in an exclusive chat with Bollywood Hungama. 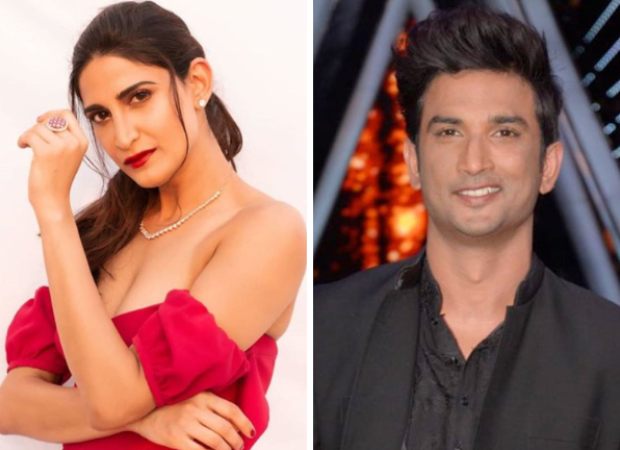 When asked if the discussion around insider vs outsiders has led to some substantial change, Aahana said, “I am not sure. It's too early to speak because we are still in a lockdown technically. We are still starting work, we are still about to get out. But I can see there is a change from the perspective of an audience point of view. And I saw that the first time Vidyut tweeted, like that was the kickstart of our film, when he was not invited by the platform to be a part of the announcement of the 7 films that were being announced by the platform. He really tweeted about it.”

Talking about Sushant’s untimely demise, Aahana said, “I remember the day the news broke out about Sushant, I would be lying if I would be saying that  there was no actor who did not cry or anybody who did not cry. I think those who did not know him also felt bad about this entire thing. I mean I had never met him, I didn't know anything about him, I didn't know who he was, But I still felt bad. It felt like a loss. How had we let somebody down. How did we let this happen? We just keep livin our lives, we are so happy in our cocoon circle, we don't realise that we might end  up hurting somebody. And it is not only with the people who did not give him jobs, it is also with the audience who did not give him work. So everybody is equally to blame.”

Aahana also spoke about the difficulty in getting projects.“When I realised that some people were not ready to work with me, I said alright, they don't want to work with me. I will find work elsewhere. That is not going to stop me from getting a job and that hasn't. Not being boastful but this is my fifth release(Khuda Haafiz) of the year. I have started working on my sixth project and I am literally working like a machine. I am not thinking that I will only do films or this or that. I think if you are a good actor and Naseer sir has said this to me when I started my career, if you are a good actor, the medium should not matter. You will be picked up in any medium if you are good at your job and honest with your performances. That is something I have definitely lived with And I realised that much earlier. I think everybody has a journe, everybody takes time to understand that, but yes having said that everybody needs to have equal opportunities,” she said.

Talking about star kids getting through easily, she said, “ There would be a film and sometimes you don't even come to know when the film is cast. Suddenly you see a star child or somebody being a part of that cinema and you go like that person has never even visited that city. Why not try auditioning people for that part. There should be equal auditions. I have auditioned for every project that I got in my life. But star kids do not even get to auditions. Then you feel like I have done so much work and there is so much work attached to my resume then you feel like- ‘is anybody seeing my resume?’. I don't think so.”