Last Updated 24.09.2022 | 9:35 PM IST
feedback language
follow us on
Bollywood Hungama » News » Bollywood Features News » EXCLUSIVE: When KK spoke about what singing on stage meant to him- “I feel like the stage is something I own”

Leaving a void in the Indian music industry, singer KK passed away on the night of May 31 in Kolkata, shortly after his live concert in the city. Renowned singer, Krishnakumar Kunnath, popularly known as KK made his way to the hearts of the audience with songs like ‘Aankhon Mein Teri’, ‘Yaaron’, ‘Tadap Tadap’, ‘Dus Bahane’, ‘Khuda Jaane’ and many other hit songs sung in different Indian languages. 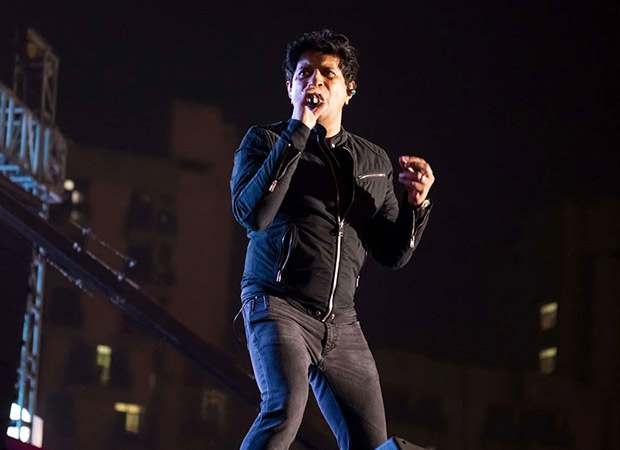 EXCLUSIVE: When KK spoke about what singing on stage meant to him- “I feel like the stage is something I own”

KK was a big fan of live performances and considered the stage a magical place. In a throwback interview with Bollywood Hungama in 2019, talking about live music, he said, “Live music feels driven. It is bigger, in the sense, that there is an audience there. When you are creating a song, you could be singing it to 2-3 people in a studio and there are ideas forming. The song that I will record; will set a tonality for people to listen to for maybe generations. For example, 'Pal' or 'Tadap Tadap Ke', when I recorded it, there were certain emotions which were there and that the whole space for it and it grew from there. In a live situation, it is very different, you look at people, you react more, you take on from people around you, and sometimes you change something while singing. It's very different.”

Further talking about how much he has grown and learned over the years, he said, “In the beginning, I would stand at a place and sing during my college days. I used to sing Billy Joel, Guns N’ Roses, everything. Now I sense a level of confidence. I feel like the stage is something that I own, which I walk into for the next 2-3 hours. It is mine and from here there is an energy transfer that is going to happen to thousands of people who listen to me and connect to me. Soul to soul. It's a different high. You are on stage, and you are looking at people who have come to listen to you. So many people.”

“But when you sing in a studio, it’s very spiritual I would say. That space is very very different. It is a very daunting task at times. Mahesh Bhatt said, ‘Yaar KK tum akele karke gaate ho tum singers (KK, you singers sing all alone). Must be a very daunting thing'. He rightfully said that. You have this whole song with so many lyrics, and lines to sing and the portion of the film is riding on that emotion you are putting into that song. I don't think like that then you are weighed down. You are in the wheel just making the motion. So you go with the motion,” he concluded.