Kiara Advani and Kartik Aaryan are extensively promoting their upcoming film Bhool Bhulaiyaa 2. The film directed by Anees Bazmee is all set to hit the theatres on May 20. Ahead of the release of the film, Kiara in an interview with Bollywood Hungama spoke about her favourite song from Bhool Bhulaiyaa and about her co-star Kartik. 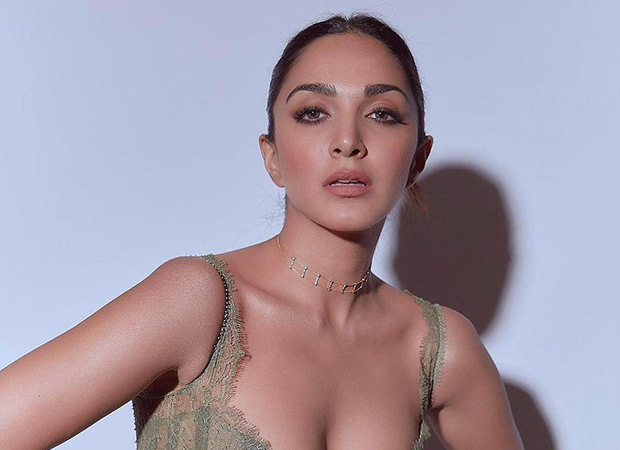 During the rapid fire round, Kiara was asked whom she would like to dedicate the song 'Teri Aankhein Bhool Bhulaiyaa' which is the title track from their film. Responding to it quickly, she said, "Rooh baba (looks at Kartik Aaryan). Why would we dedicate it to anybody else when we have him in the film. He is dancing to the song, he has killed it in the song . So yes Kartik." Kartik who essays the role of Rooh baba in the film has impressed the audience with his moves in the title track. The track is a remix of the original track which was used in the 2007 hit film Bhool Bhulaiyaa and featured Akshay Kumar.

Further, Kiara was asked if she finds Kartik hot. "Even if I didn't, I don't think I will say no on camera (she laughs). No, I think he is hot. He is very hot,” she said.

Further when asked to choose between the songs ‘Mere Dholna’ and ‘Labon Ko’ from Bhool Bhulaiyaa, she said, “This is really tough but I will say ‘Mere dholna’. You will know when you watch the movie. But also ‘Labon Ko Labon Pe’ is a beautiful song.