Last Updated 27.11.2021 | 4:24 PM IST
feedback language
follow us on
Bollywood Hungama » News » Bollywood Features News » EXCLUSIVE: “I am not much into recreations, I would rather make an original song”- Shaan

Singer Shaan has sung several hit songs in his mesmerizing voice. From ‘Chand Si Faarish’ to ‘Koi Kahe Kehta Rahe’ to ‘Behti Hawa Sa Tha Woh’ and innumerable other songs, Shaan has been one of the best playback singers of the Indian film industry. But it is the iconic song ‘Tanha Dil’ that the singer is best known for. Now, 20 years after the release of the song, Shaan has released a new version of ‘Tanha Dil’ which deals with the topic of mental health. The song was released a few days back and has been receiving a mixed response. “A lot of people were expecting a recreation of the original ‘Tanha Dil’, since recreations are so expected and popular these days but the fact that it is a completely different song on a very serious topic, I thought maybe some of them will be a little disappointed. But I am glad that the audience who listened to the song has come out with a lot of positive praise for not only the song but also for the thought-provoking message on mental health awareness,” says Shaan in conversation with Bollywood Hungama. 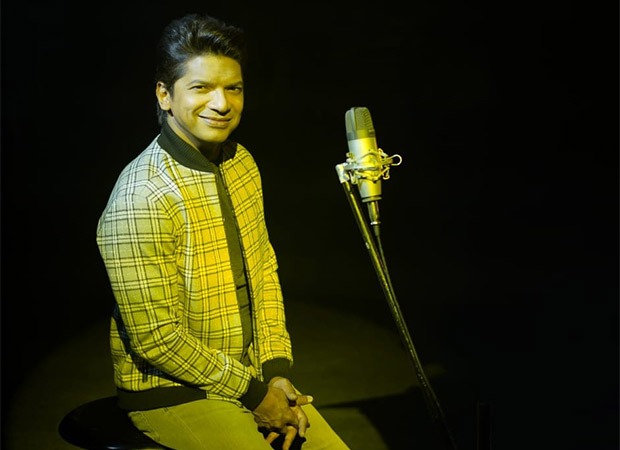 Shaan also penned and composed the song. Talking about writing a song aimed to create awareness around mental health, Shaan said, “There are a lot of myths surrounding mental health and it is a very sensitive topic. So while I wrote this song I had to be very careful, that I don't sound too cryptic. We obviously cannot use medical terms but I wanted to make sure that the message comes through that in clinical depression, you don't always need a trigger, you often don't even know why you are feeling so low, why you are feeling so numb and why you cannot react to any situation and also how you have to break the walls of shame and be able to fight, so that you can come out of it and that there is a way out of it.”

While Shaan is not too keen on recreation of old hits, he felt that the popular phrase ‘Tanha Dil Tanha Safar’ was apt for a song on creating mental health awareness. In this age of recreation of old hits, Shaan said that he has been asked to recreate 'Tanha Dil' several times. However, the singer is not too keen on the recreation of songs. “I have had many popular songs in the past but I think ‘Tanha Dil’ has been my signature song. So if any song that I have been asked to recreate, much more than any other track, it is definitely 'Tanha Dil'. I felt that to recreate a song that is still popular in its original form doesn't make any sense. I also didn't have the rights so there were certain issues. I had to create a brand new song. It’s just that ‘Tanha Dil Tanha Safar’, the phrase fits so well, with my story of clinical depression, that I used the two phrases and it is a brand new song. I am not much into recreations, I would rather make a brand new original song,” he said.

Shaan is also a believer in artists using their voices to bring about a positive change in society with their body of work. “I believe that artists have a very strong responsibility when it comes to creating social and moral impact. We should use our voices not just to make songs to entertain but also to make songs that have a message that can positively impact the lives of people,” he said.

In recent times, Shaan has also been experimenting with independent music. When asked about how accepting people have become of independent music, the singer said, “I think we look at the statistics. Today, almost 30 to 35 % of songs consumed are non-film music, compared to Bollywood, which is a huge turnaround. This is also in comparison to even three or four years ago. People are definitely showing a lot more acceptance and they are enjoying non-film music and they dance to it and listen to it on their headphones. Non-film music has made a strong impact.”

“With my Shaan music label, I am creating a lot of songs and songs in different genres and styles, certain songs with social messages, other songs which are simply entertainment, but I like to keep my songs with positive messages, and songs that bring smiles to people or heal their pain,” he added.

Meanwhile, Shaan has also turned composer and his compositions will be a part of quite a few films releasing next year.