Farhad Samji has been in demand as a writer and director for quite some time. He is working on some big movies that are slated to release this year and the next. We’re all aware that he has replaced Sajid Khan as the director of Housefull 4 owing to Sajid’s Me Too situation. Apparently, Sajid had directed 70% of the movie before Farhad took over. He spoke about how he was creatively involved in the writing and screenplay of the movie. All he had to make sure was to not make the jump obvious. After Housefull 4, he is also writing Akshay Kumar’s Sooryavanshi and Salman Khan and Alia Bhatt’s Inshallah. 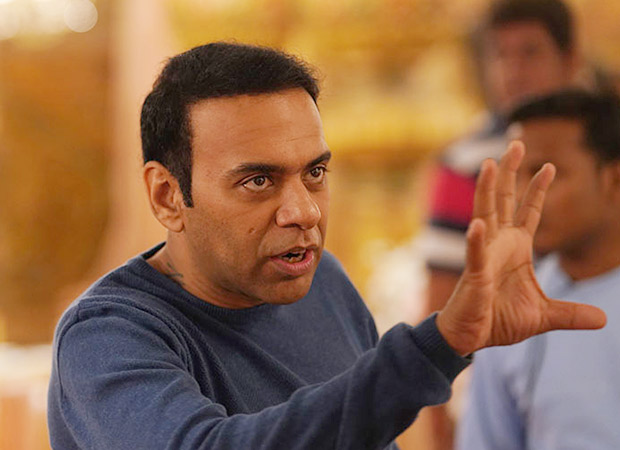 In an exclusive interview with Bollywood Hungama, Farhad revealed the details of the tentative release dates of Coolie No. 1 remake. We asked him how he adapted the story because a lot of the netizens were miffed at the news of a remake of this classic Govinda film. He said, “People who have seen Coolie No. 1 already know the basic plotline of the film, so we’re adapting that storyline. But there are some aspects in the story that if the movie is releasing in 2020 or 2021, then according to that the freshness required and the factor to get the audiences hooked, keeping logic in mind. This is actually the biggest challenge for a writer that we have to do commercial cinema or as we call it David cinema as well and we also have to make sure to keep the logics in mind and the writing is in process to make it a little better logically. We’re trying to make it more believable as well as a mass entertainer for the audience. The thing about Coolie No. 1 is that it is a totally performance oriented film. Obviously, Govinda rocked the role and he was like a one man army. So as I was saying, when writing for Akshay Kumar and Tiger Shroff, we have to keep their strengths and weaknesses in mind. So when I write for Varun Dhawan, I have to keep his strengths in mind as well. So there are times when we have to make changes in the scenes keeping the storyline in mind we try to put in more characters. We try to upgrade the story line by adding today’s generation’s aspects in mind. I think the casting also helps a lot, if you see Varun and Sara now, half your work is done there. The casting is not completed yet so we’re yet on the lookout for the third lead.”

Watch the video to find out a lot more details about other movies as well.

What do you think about Varun Dhawan and Sara Ali Khan paired together in the film? How amazing would it be to see these two stars in a movie! Tell us what you think about the this new on-screen pair.

This is how Sara Ali Khan plans to hide from…

Sara Ali Khan opts for a hot pink kurta at…