Sanjay Gupta’s Mumbai Saga promises to be an exciting gangster flick, replete with drama and high octane action. A high-intensity faceoff will take place between John Abraham and Emraan in the climax. Mumbai Saga, having 1980s and 90s as the backdrop, is said to revolve around the underworld, mill owners, and police of those times. The climax and other action sequences between John and Emraan (apart from the rest of the cast which includes Suniel Shetty, Jackie Shroff and Rohit Roy), is being choreographed by Vikram More and Anbu Ariv, who won the National Awards this year for Best Action Direction for KGF. 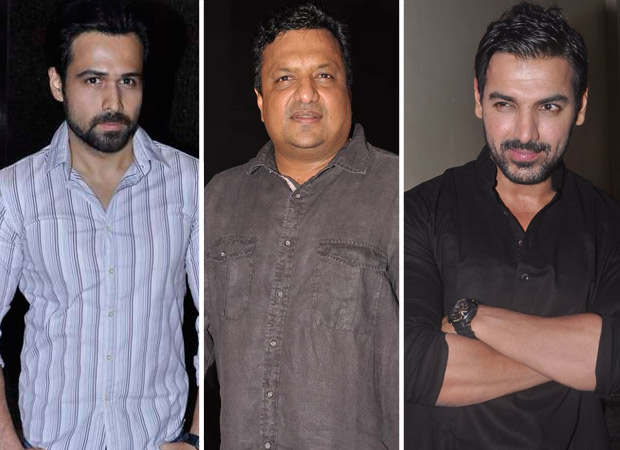 Emraan has been working out for Mumbai Saga and his faceoff with John, which will be shot in November-December, the filmmaker reveals. Gupta says, “Emraan shocked me with his muscular, pumped-up transformation, when I met him recently. He said, ‘It has to look convincing when John and I have a faceoff.’ That’s some serious dedication. He has been working out for almost two months and looking superb. I am super impressed. It’s a period film set in 80s and 90s during the period of gang wars and his portion is set in the 90s so he is this beefed up guy.”

The filmmaker adds that when they signed Emraan and launched the movie, he was shooting for Chehre. “After that, he went to shoot for Ezra in Mauritius and took his trainer from here. Emraan came back a changed man - all pumped up, chest out, shoulders broad, arms thick, and I was like wow. He has been working out twice a day and on a special diet and gaining muscle mass to build his body for Mumbai Saga as he had toned down his body for a leaner look for his other movies and given us his complete set of dates in one stretch so that he can complete his work, stay pumped and then maybe go back to lose weight and resume his other work.”

Gupta says the entire effort was Emraan’s. “I had casually mentioned to him about having a certain look but not told him categorically how he should go about it. It was all him and Emraan didn’t even tell he is doing this. Other actors will make you hear endlessly that ‘I am doing this for you’ or ‘I am doing it for the role’. But Emraan is so unassuming that it’s unbelievable. He went and did it because he felt that it was the right thing to do and it was needed for the film and that’s it. And that’s how John and I are too. We don’t go talking about what we do.”

Revealing a bit more about the action sequences in Mumbai Saga, Gupta adds, “It is really aggressive in nature and extremely tough. We have planned some very exciting stuff including car chases, gun action, hand to hand combats, very big action set pieces in the climax so it’s going to be a tough task for us to achieve. It’s a full action-packed movie. We will be shooting on sets and natural locations. It’s the first time i am working with Emraan and I hope it will be a first of multiples. When I approached he said yes in the first 10 minutes. He has grown up in a cinema background so he understands cinema and the set ups, so his approach is straight from the heart. It will be great to see Emraan doing such action again. He is a massive mass hero and is much loved by his fan base.”

Talking about the faceoff between his two lead actors, Emraan and John, Sanjay Gupta says, “The big action is in the third and final shoot which we start in November where the entire cast, including Suniel Shetty, come together. We wrap up on December 6. Mumbai Saga is full of action, one-liners and a faceoff between the John and Emraan. There are major confrontation scenes between them – ranging from hand to hand combat to action sequences – the whole climax is about their war and loaded with action.”

Gupta adds that Mumbai Saga is his home turf. “I enjoy the space of stylized action, the gangster space, my music, my punchlines so why not do a movie which is my home territory? While I thoroughly enjoyed making Kaabil, I enjoy the gangster action space a lot. Mumbai Saga’s script has been with me for six years. This is what I wanted to make after Shootout At Wadala. Now I felt the time is right as since then there hasn’t been a true-blue gangster movie. There is a market for it and a hunger with the audience. Random people walk up to me and saying, ‘We are so excited that you are doing Mumbai Saga.’ When he sees me on the sets now, Rohit Roy tells me, ‘This is where I see the true you.’