Amitabh Bachchan is currently basking in the success of his recently released film Jhund. Directed by Nagraj Manjule of Sairat fame, the film is a unique sports drama that showcases the game of life. Ahead of the release of the film, actor Aamir Khan had heavily praised the film and even got teary-eyed while talking about the impact of the film on him. 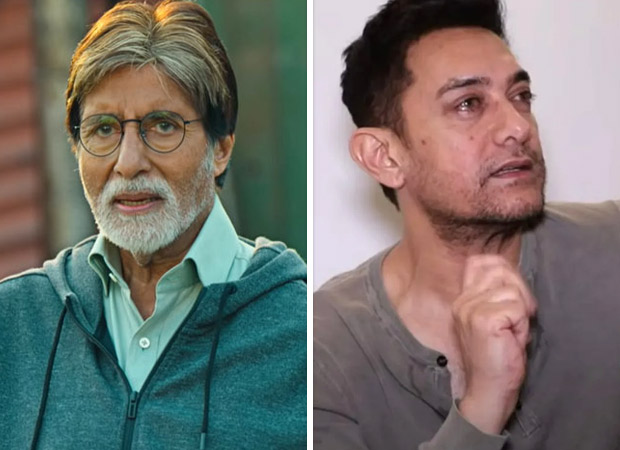 EXCLUSIVE: Amitabh Bachchan responds to Aamir Khan’s reaction to Jhund- “I think Aamir has always been a very good judge of films”

In a recent conversation with Bollywood Hungama, Amitabh Bachchan reacted to Aamir’s response to Jhund. “Aamir always has the habit of getting over-excited. But I thank him for it. I think Aamir has always been a very good judge of films. So, I am deeply obliged that he had such kind words to say about the film,” he said.

Talking further about the film and what made it special, Bachchan said, “Really the praiseworthy portion of the film is the youngsters who performed in it. The boys from the slum, they have been absolutely exceptional. As far as their talent is concerned they were so natural. Even during the making of the film, I don't think we spent any time trying to train them. I don't know what Nagraj did with them earlier, on the set they were very normal people. It's amazing how natural they were.I don't think any specific dialogues were given to them. They were just given an idea of the scene. They just went ahead and performed and that's why it has come out so brilliantly. So, all credit to Nagraj and the slum boys.”

Praising Jhund, Aamir had said, "It's a fantastic film. It's unbelievable. It's very unique; I don't know how it got made. I got up with a spirit and this film won't leave me. I don't have words because it is a very surprising film. It breaks everything we've learnt in 20-30 years being in the industry." Furthermore, he said, "Amitabh Bachchan has done tremendous work. He has done great films in his career but this is one of his best films; one of his greatest films."

Jhund is based on the life and events of Slum Soccer founder Vijay Barse, who rehabilitated Nagpur’s street children through football.