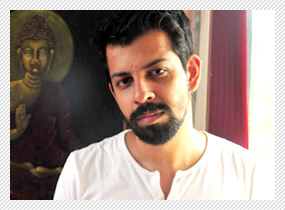 
After the stunning Shaitaan you seem to be again addressing your cinema to the angst of the urban youth?

Yes, that theme does seem to resonate in my second film. Otherwise in David I've moved as far away as possible from Shaitaan. I don't want to be seen as any particular kind of filmmaker. I want to be known as a filmmaker who selects different genres.


How did you pick on a format where we get three stories about three characters named David?

I was looking at other ideas. Then the idea of tying together three stories with three different characters in different spaces came up. That's how it started. The allusion to the Biblical David & Goliath is prevalent all through the film. Each David in my film is fighting his own Goliath.

It's episodic, yes. It jumps from one narrative to another. But David is finally one cohesive film. The three stories finally converge. Initially there was resistance to my idea. Aisi filmein aayeen nahin hai to chalne ke chances kam hain. The first thing the producers wanted to know is, how do the three stories come together?

How did you pick stories that resonate in the present even when set in the past?

I am big fan of drama. I love drama as a genre. Shaitaan with all its contemporary thrusts still had an emotional core to it. David too has a high emotional quotient. Even though it is a gangster story it has a heart-core of drama. And that's what interested me.

Which of the three segments of David is your favourite?

They are my triplets. But if you insist that I pick one then it would have to be the Mumbai story with Vinay Virmani because that where the genesis of David started.

What made you select Vinay Virmani who had only the dud Speedy Singhs behind him?

Vinay auditioned for me. And that was it. He was excellent. I hope this film does good things for him because he has worked really hard on his character.

Do you feel there's a serious dearth of screenplay writers in our cinema?

Oh, completely. Writers are not even recognized for their work. I don't see any genuine writing talent coming here. No one comes to our cinema specially to be a screenplay writer.

Do you feel there is enough freedom of expression for filmmakers in this country?

Not at all. We have a censor board. But its authority is now superseded by other self-appointed sectors of censorship. Then what is the point of having the Censor Board Of Film Certification? If the censor board tells me to get rid of something I'd argue with them and try to convince them. But what do we do when the protests come from outside the official censor board?

Two of your songs in David have been under a moral microscope?

There are so many dirty vulgar songs around. There can't be separate rules for different filmmakers.


Your two films so far are dark and edgy. How about a comedy?

That's what I am doing next. I am writing a comedy right now. However, the story featuring Vikram and Tabu in David has a lot humour.

I believe you are a fantastic mimic?

Yes, that fun side will come out next. But for now, I am just days away from David. Though I am confident about my film, I am still curious to know what reactions I'll get from the audience.