Priyanka Chopra is a global superstar. She has done some mind-blowing movies over the years and made some smashing red carpet appearances. On the other hand, Nick Jonas was literally every teenage girl’s dream. With his shining charisma and boy like charm he was literally the epitome of American dream. 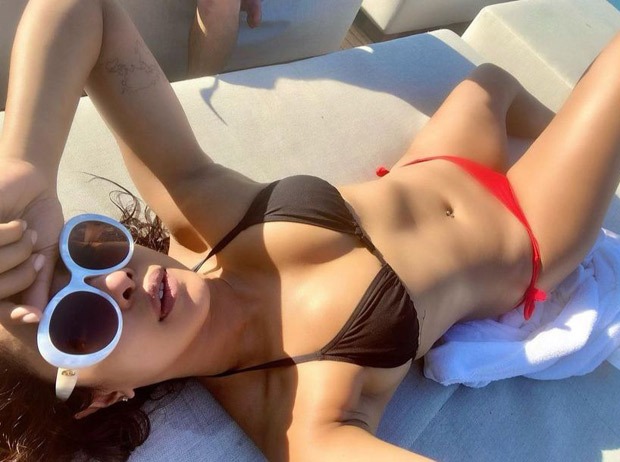 Dressed in a bikini set, Priyanka Chopra turns snack for Nick Jonas as the couple soak up the sun at the beach

It’s been about almost 3 years to Priyanka and Nick’s most talked about marriage. They were having the time of their lives in London, it seems like the couple is back home in LA. 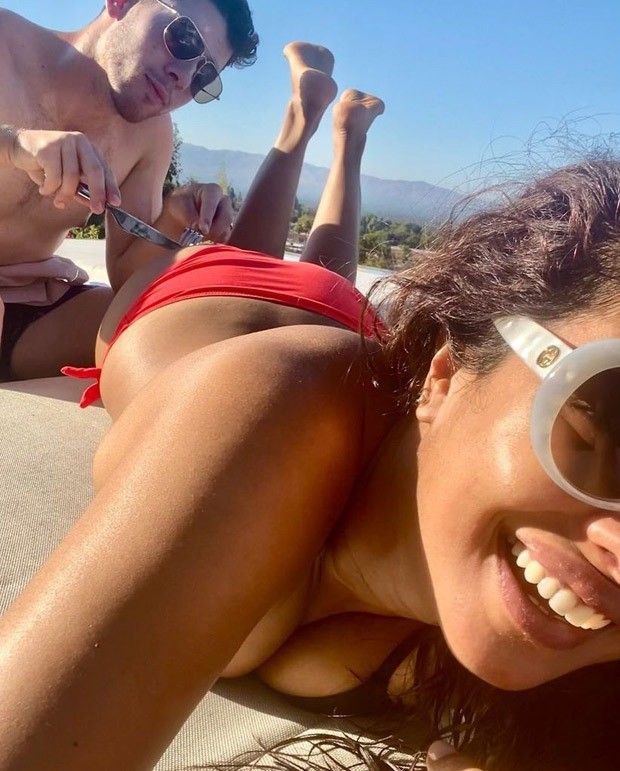 They were seen soaking up the sun and having a sunny Sunday with each other. Priyanka was seen in a bikini set. She was seen donning a black bikini top with red bottoms with side tie ups. She completed her look with white Gucci sunglasses that cost around Rs. 26,137. Priyanka looked fresh and she was bathing in the warm sun.

In another snap, she is seen with hubby Nick Jonas. She uploads this cheeky picture where Nick is seen snacking on the real snack of the picture- Priyanka Chopra. This adorable picture cracked us up and gave us major couple goals. They both look amazing in these pictures as the sun shines on their faces.

On the work front, Priyanka finished shooting for her upcoming film Text for you starring Sam Heughan, Celine Dion, Russel Tovey, Steve Oram and Omid Djalilli.  She has also been working on Amazon Prime's spy series Citadel. She is currently shooting for the series and regularly updates her Instagram army with snaps from sets. Other projects include a rom com with Mindy Kaling, a biopic on Ma Anand Sheela, Matrix 4, an unscripted Amazon series tentatively called 'Sangeet' which she and her husband Nick Jonas will produce. She also recently attended the Wimbledon game as a Ralph Lauren invitee. She also announced her next Bollywood film Jee Le Zaraa with Alia Bhatt and Katrina Kaif.

Also Read: Priyanka Chopra injured on the sets of Citadel, shares photos of her injuries