Sushmita Sen immortalised Dilbar song on screen about a decade ago and the track is still relevant and how! Satyameva Jayate makers revamped this track with Nora Fatehi filling in Sushmita Sen’s shoes and the result was FANTABULOUS. Nora killed it in the track and got rave reviews from everyone. The reprised version of the song is a chartbuster and has become a pub anthem now. Sushmita did not react to the new version until recently and well the witty actress did not leave any stone unturned to praise Nora’s version but well, there was a disclaimer. She raved about the reprised version, especially the first two lines which have been added, and said that Nora was fantastic. But after all this she honestly confessed, Nora has KILLED it but she likes the original version more. She said, “Nora was absolutely fantastic in it and my favourite part of this song are the first two lines, which they added and is very well done. The remix is also very well done. Nora has absolutely killed it but I still like the original version more.” 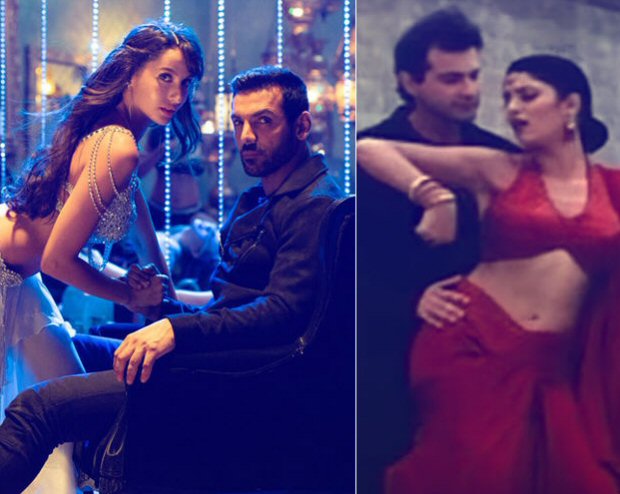 Sushmita was speaking at the Lakme Fashion Week where she was a showstopper for a Chennai based designer. She stunned in Kanjeevaram sarees at the ramp and walked away with all the accolades. She also revealed that she has zeroed in on two projects and will make a comeback in Bollywood soon. When not in limelight, Sushmita keeps her fans updated about herself by posting videos and pictures with her daughters on Instagram.

Meanwhile, Satyameva Jayate which released on August 15 is in news, thanks to the smashing Dilbar remix and of course its gritty story line and execution. Check out both versions of Dilbar below.

Also Read: “We are quite happy with Satyameva Jayate success” – Nikkhil Advani