Akshay Kumar is one actor who has explored every possible film genre ranging from comedy to action to drama to romance to thriller to horror. The actor, who was initially termed to be an actor with wooden expressions proved all his critics wrong by taking up a string of character-driven roles and enacting each one of them with utmost-perfection. In fact, apart from Ajay Devgn, he is one actor who has held his ground strong since the 90’s amidst the Khan Domination. Off late, Akshay has associated himself with content driven films that appeal merely to the four to five major cities i.e. Mumbai, Delhi, Chennai, Kolkata, and Bangalore. The stint of doing content-driven films started with Special 26 (2013) following which he acted in films like Baby, Airlift, Rustom, Jolly LLB 2, Toilet - Ek Prem Katha and Pad Man to name a few. Special 26 and Baby could not emerge clean hits at the Box-Office as that was the first time when Akshay was appealing strictly to the multiplex audience, he eventually found success with other films like Airlift, Rustom, Jolly LLB 2 and Toilet - Ek Prem Katha. 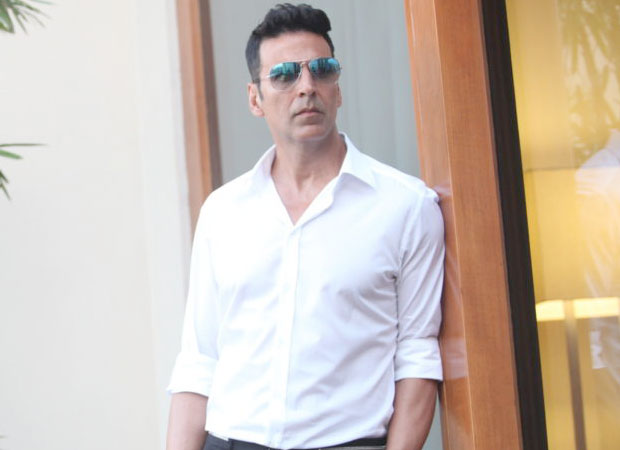 By acting in a string of multiplex centric films, Khiladi built an audience for himself in the four metros, which were not considered a stronghold for him. His first real film appealing to the multiplex audience i.e. Special 26 raked in approximately Rs. 65 crore at the Box-Office, and from there on the collections gradually kept on increasing. The audience slowly started associating Akshay Kumar with “Good Content”, and the same even reflected in the Box-Office collections. From Rs. 65 crore in 2013, Kumar jumped to approximately Rs. 90 crore with Baby in 2015, followed with Rs. 128 crore by Airlift in 2016 and finally Rs. 134 crore by Toilet - Ek Prem Katha in 2017. It took some time for Akshay to build a certain amount of goodwill among the classes because there was a time in 2011, 2013, 2014 and 2015 when Akshay Kumar films were just not getting the audience in the multiplexes. But now that can’t be said, as his films get a respectable opening in the four major cities, and the biz often escalates over the weekend due to the positive word of mouth. In short, the string of content-driven films by Akshay helped him get back the trust of multiplex audience, which was lost somewhere in between due to films like Khiladi 786, Boss, Entertainment, Brothers, Once Upon A Time In Mumbai Doobara and Joker to name a few.

Akshay Kumar has always been a popular entity among the masses. In fact, it wouldn’t be wrong to say that he is the second most popular star in the masses after Salman Khan in India. The credit for his fan following among the masses goes to the action image that he built in the 90’s and early 2000’s. His films are watched widely on television by the audience in the rural belt, and Salman and Akshay are the only two stars whose films consistently find a place in the top ranking films of the week released by BARC. The Khiladi Franchise, Mohra, Suhaag, Jaanwar, Hera Pheri, Dhadkan, Ek Rishta, Andaz, Khakhee to name a few helped him get a loyal fan-base among the masses. Akshay reached the peak of his career in mid-2000’s i.e. the rise of multiplex culture when his films like Garam Masala, Phir Hera Pheri, Bhagam Bhag, Heyy Baby, Bhool Bhulaiyaa, Welcome, Tashan, and Singh Is King took a very healthy opening across India. However, after this dream run for 2 years, Akshay couldn’t really hold his ground further as he started associated himself with below par films like Chandini Chowk To China, Blue, Kambakkht Ishq, Action Replay, Tees Maar Khan and Thank You to name a few and the same majorly dented his goodwill.

The above-mentioned films, along with the films he did in 2011, 2013, 2014 and 2015 took a major toll on his stardom, which is when Akshay decided to take a different route of acting in content-based cinema and get back the audience trust. Now that the same has happened, the actor is looking to go to the next level by signing big commercial films like Kesari, 2.0, Housefull 4, Hera Pheri 3, and Prithviraj Chauhan Biopic to name a few. This is indeed a smart and calculated move by the actor as it often becomes difficult to justify the budget of a film when you as an actor can’t really help the film to take a good start at the Box-Office. When Akshay saw that happen to him, he got back the audience trust and is now set to enter a totally new phase by appealing to the classes as well as the masses, who have always stood by him. The year 2019 will be an extremely crucial year for the actor, as he will be seen in three mega-budget films i.e. Kesari, 2.0 and Housefull 4, and the trade will keep a close eye on these films to see if the goodwill built over the years helps the commercial universal entertainers starring Kumar. That apart, the trade will also see if the masses, to whom Akshay Kumar has not catered to since last few years, will come out to watch his films in huge numbers.

In fact, even his next film, Gold would reach out to a wider audience base when compared to the likes of Pad Man, Airlift and Baby to name a few. Here’s hoping that Akshay delivers the big Rs. 200 and Rs. 300 crore blockbusters in the coming few years and creates his own space alongside the other two mighty Khan’s i.e. Salman Khan and Aamir Khan, who have already acted in films that have breached past the Rs. 300 crore mark.

Also Read: Akshay Kumar wins a Gold right at the start of the game