The teasers had pretty much set the stage. If the first teaser had established the mood and ambiance of the film, the recently released second teaser brought the patriotic element into play. However, the theatrical promo of Akshay Kumar starrer Gold has gone full throttle in further establishing that this one is a high decibel drama in the offering which would bring in a lethal combination of sports and drama into play. 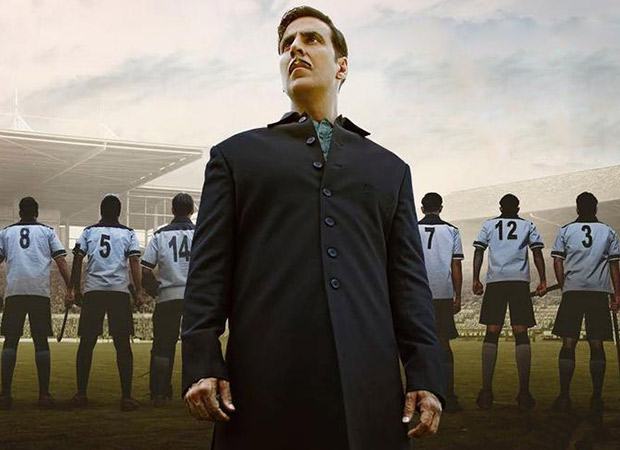 Akshay Kumar has been in the form of his life for last many years now and he is clearly taking that forward in full fervour with Gold. As a rich Bengali who is passionate about giving it back to the ‘gore angrez’ who once ruled over his land, he finds the game of hockey as his ‘revenge tool’. To accomplish his team, he works on putting together a dream team that would defeat British in England and wins gold at Olympics no less. Of course, it is going to be one roller coaster ride and one now waits to see how it unfolds on the big screen.

Director Reema Kagti has made a romcom (Honeymoon Travels Pvt. Ltd.) and a paranormal suspense thriller (Talaash), both of which were rather intimate affairs. Yes, former had an ensemble cast whereas latter had superstars but still none of the films had the kind of scale, canvas and grandeur as enjoyed by Gold. In that perspective, her producers Farhan Akhtar and Ritesh Sidhwani have gone all out in making sure that the subject gets the kind of platform that it deserves for a big screen viewing.

That has only assured further that Akshay Kumar gets his biggest film in recent times when it comes to investment, pitching, and release. He has done smaller (though big in vision) films like Pad Man and Toilet - Ek Prem Katha in the recent times. However, when it comes to Gold, the complete packaging (subject, theme, canvas, treatment, scale) is putting it right through on the radar for audiences to queue up well for 15th August release. The timing is apt too due to Independence Day occasion and with Akshay building a loyal audience base for this release date, there is a definite recollection factor.

The start has been just perfect for Gold and the makers now have to keep sustained momentum on for next 50 odd days to ensure that the film only keeps growing in buzz and hype. Once that’s the case, rest assured Akshay Kumar could well be looking at his biggest opening day till date.

That could well be akin to winning a Gold right at the beginning of the game!