Life is too short to wear boring clothes – this may well be Sonam Kapoor’s thriving mantra as she embarks on the unchartered territories of fashion, swashbuckling all that’s in vogue and rendering us speechless! Sonam Kapoor’s towering fashion game can be best described as high luxe, extraordinaire and lavish! Pleasing the fashion pundits is a usual thing for her as she spruces up a sartorial storm with sister and stylist, Rhea Kapoor every time she steps out! Leaving no stone unturned with her fabulous shenanigans for the upcoming flick, Pad Man, Sonam Kapoor essays the role of the NGO worker, Rhea Kapoor who helps Akshay Kumar’s character in his pursuit to revolutionise the concept of menstrual hygiene in rural India by creating a low-cost sanitary napkins machine. If Saturday saw Sonam Kapoor delve into some norm bending high fashion game for the 63rd Jio Filmfare Awards 2018 red carpet, then Sunday saw her channelize an effortlessly chic side in a kurta set! Since doing things the way nobody else does is her USP, Sonam Kapoor revamped the good old kurta set and exemplified the chicest way to flaunt it!

Known to set the ball rolling replete with that sweetly killing smile of her and making her contemporaries go green, Sonam Kapoor gave us a glimpse into her oh-so fashionable adventures with Aisha in 2010 and then floored us with her brilliant performance in Neerja in 2016. Here’s a closer look at Sonam Kapoor’s chic #OOTD!

Daily Style Pill: Wowza! Here’s how Sonam Kapoor is just being her effortless stunning self, this time in a kurta set!

Sonam Kapoor – Easy does it! 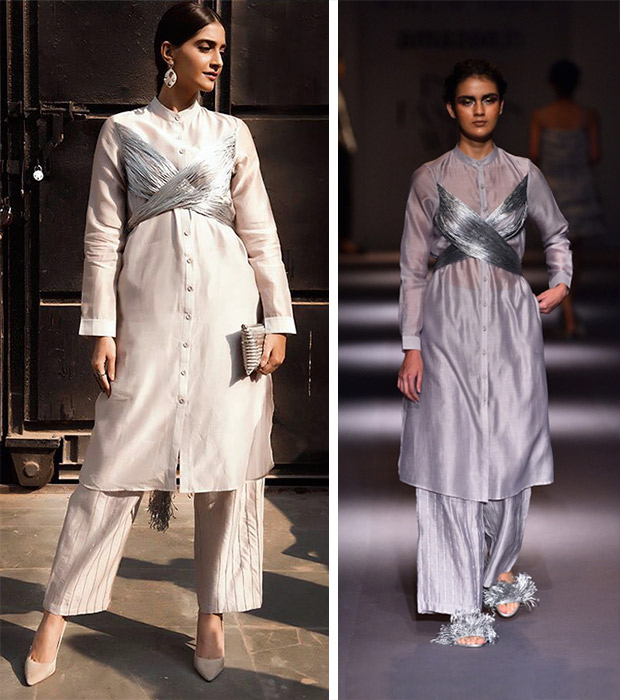 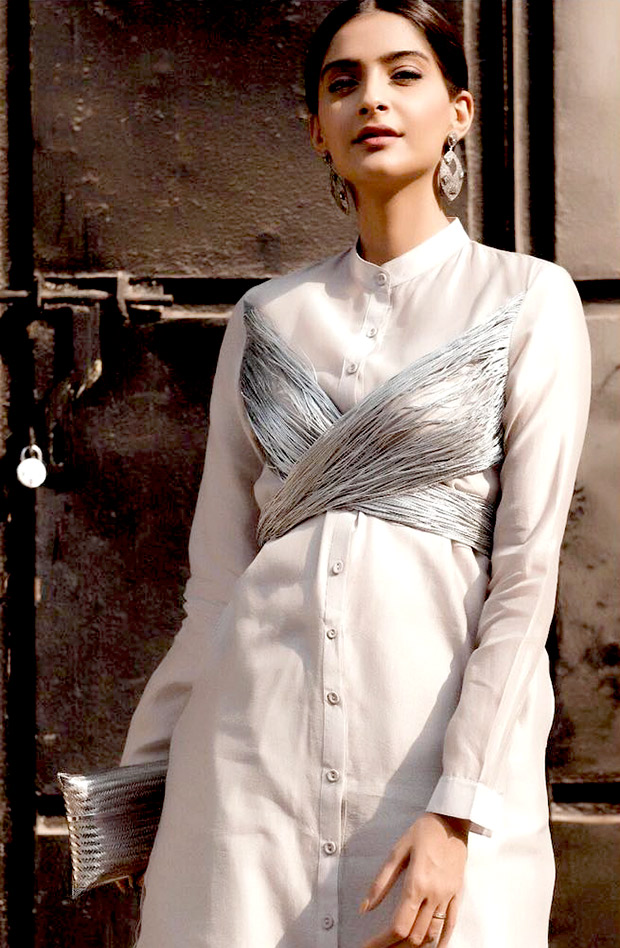 Sonam stepped into a pair of beige Jimmy Choo pumps and sported silver statement earrings. An Amrapali clutch was a worthy addition to her look. 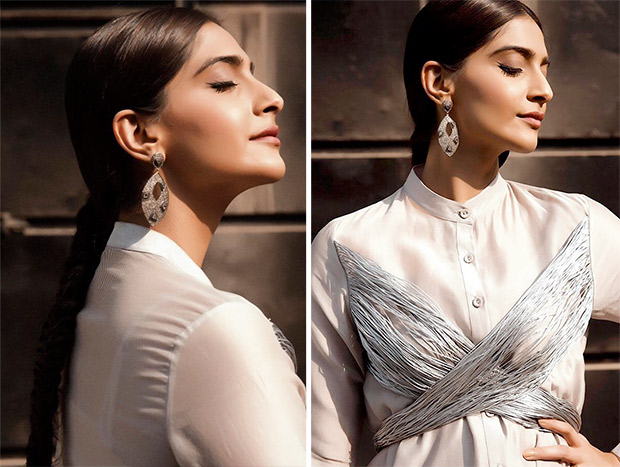 A subtle makeup of delicately lined eyes, nude lips and blushed cheeks complimented her perfect hairdo of a centre-parted low back braid. 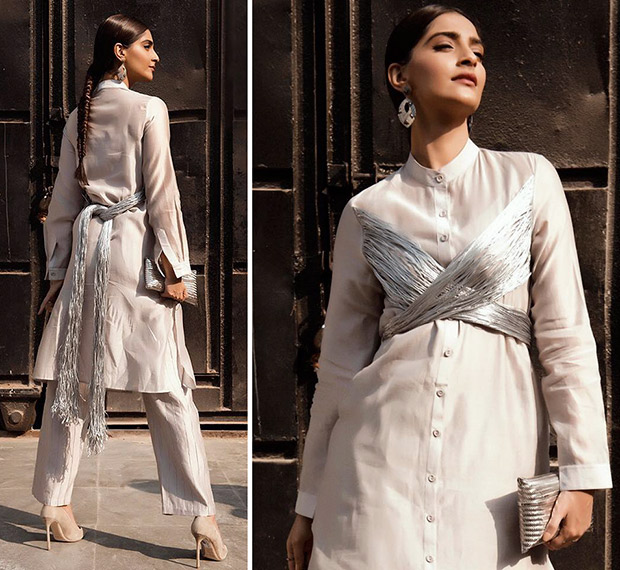 Exuding a rare sense of power play, Sonam Kapoor proves time and again that there is nobody in tinsel town that takes fashion as seriously as she does! Sonam Kapoor’s co-conspirator in all her fashion endeavours, Rhea Kapoor deserves a special mention who with her keen fashion sense and an eye for detail always manages to doll up Sonam in the most fabulous way! Paving way for a look that #NewDesiGirls can emulate, Sonam Kapoor once again displayed her penchant to glamourize even the most basic look! 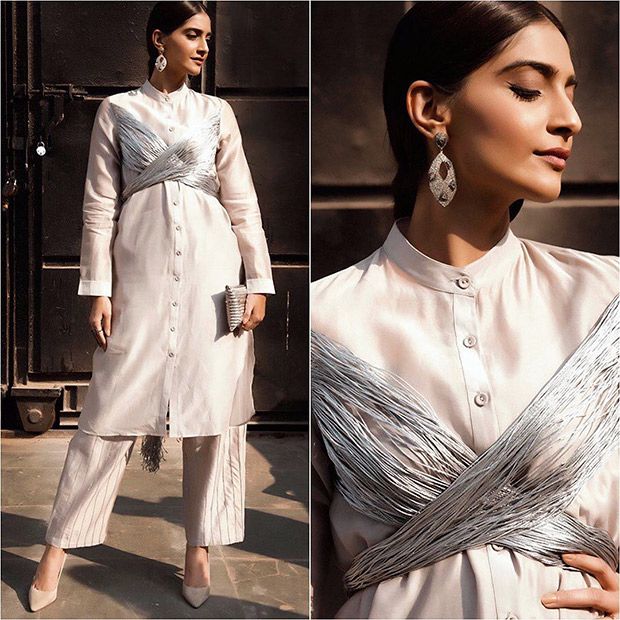 Achieve the ultimate level of sophistication by donning a cord set in subtle colours with hints of metallic drama, just like Sonam Kapoor! Keep the minimal vibes of the look going with a pair of stunning statement earrings, subtle makeup and top off the look with a chic clutch!

We quite firmly believe that nobody has the kind of confidence that this diva has, to go experimental with fashion. Armed with inspirational and aspirational fashion, Sonam Kapoor is all set to woo the audiences with Pad Man which is all set to release and lock horns with Aiyyary on Februay 9, 2018.