Ever since we saw him act in Left Right Left as Ali Baig, Harshad Chopda has had our hearts. Making heads turn with his performance as Aditya Hooda in Bepannaah with Jennifer Winget, Harshad Chopda has won a lot of hearts. Winning awards even after the show has gone off-air over a year ago, Harshad Chopda couldn’t contain his happiness after being awarded at the AVTA in London. 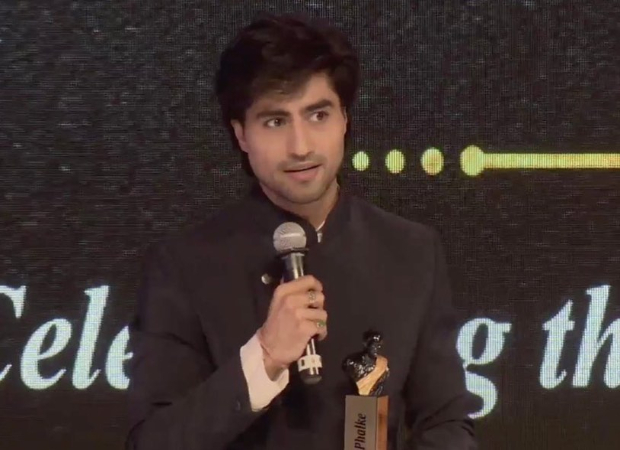 Adding another feather to his hat, Harshad Chopda posted a picture after being MIA on Instagram, informing his fans that he is attending the Dadasaheb Phalke Awards 2020. Accompanied by his younger sister and father, Harshad Chopda bagged the award for Most Favourite Television Actor and we are super excited for him! Watch him receive the award, right here.

We are over the moon to see him win another award! We sure do miss watching him as Aditya Hooda on screen, how about you? Let us know in the comments below.

Also Read: Harshad Chopda is all set to attend the Dadasaheb Phalke Awards and his look is giving us MAJOR Aditya Hooda feels!