Actress Preity Zinta took to Instagram to promote the upcoming film of her Chori Chori Chupke Chupke co-star Salman Khan. Salman Khan will soon be seen on the big screen with the film Dabangg 3, which is slated to release in December. The actor will be seen reprising his character of Chulbul Pandey. 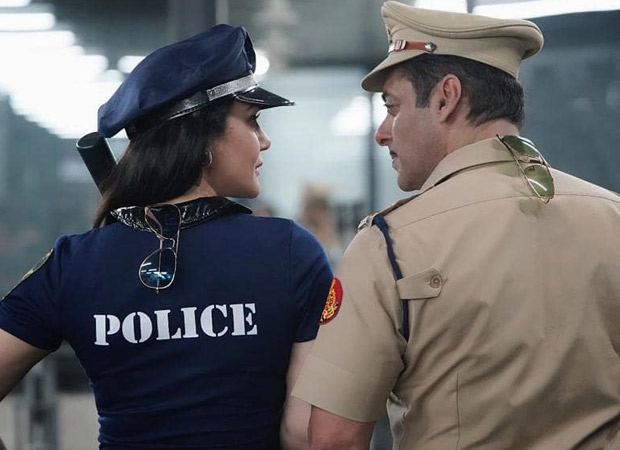 On the occasion of Halloween, Preity Zinta posted a picture with Salman Khan dressed as Chulbul Pandey. Preity, too, is dressed up as a police officer. Sharing a picture of the two with their back facing the camera, Preity Zinta wrote, “This Halloween I met someone special in U.P???? बोलो कौन ? Socho aur bolo?#HappyHalloween #police #surprise #dabangg3 #ting”

Anything can happen on Halloween ???? Here’s to having some fun ???????????? and being a little crazy ! Perks of showing up on the #Dabangg3 shoot ???? #chubulpandey #Happyhalloween #Fun #ting @beingsalmankhan

Meanwhile, Salman Khan is leaving no stone unturned to promote the film. After holding a special screening of the trailer for his fans, the makers of the film will be releasing audio from the film in every three days starting today.

The much-awaited, Dabangg 3 is directed by Prabhu Dheva and produced by Salma Khan, Arbaaz Khan and Nikhil Dwivedi under the banner of Salman Khan Films and is slated to release on December 20, this year. The film also features Sonakshi Sinha, Saiee Manjrekar, Mahesh Manjrekar, and Arbaaz Khan.