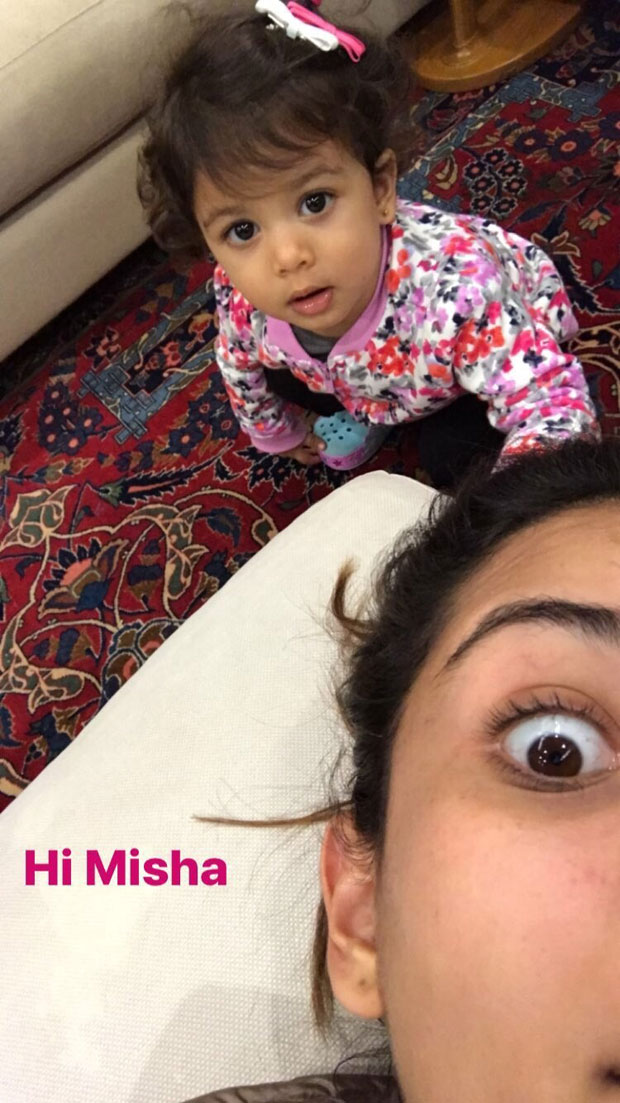 Ever since Shahid Kapoor and Mira Rajput’s daughter Misha Kapoor’s first pictures went viral on the Internet, the little munchkin has become one of the most favourite celebrity kids on the block. Daddy Shahid Kapoor loves to share the cutest moments of his daughter on his social media.

While Shahid Kapoor is enjoying fatherhood, mommy Mira Rajput is also now sharing her moments with her daughter. Mira Rajput, who has had a private account on Instagram, recently made her account public and had shared a picture of Shahid and Misha as her first photograph.

After her official Instagram debut, Mira Rajput today shared a lovely but goofy picture as her Instagram story. In the picture, Mira is being a goofy while daughter Misha Kapoor is gazing at the camera. Sharing the photo, she captioned it, "Hi Misha."

On the work front, Shahid Kapoor will be seen as Maharawal Ratan Singh in Padmavati. Directed by Sanjay Leela Bhansali, Padmavati also stars Deepika Padukone as Rani Padmavati and Ranveer Singh as Sultan Alauddin Khilji and is slated to release on December 1.

Did you know that Shakuntala Devi pointed…