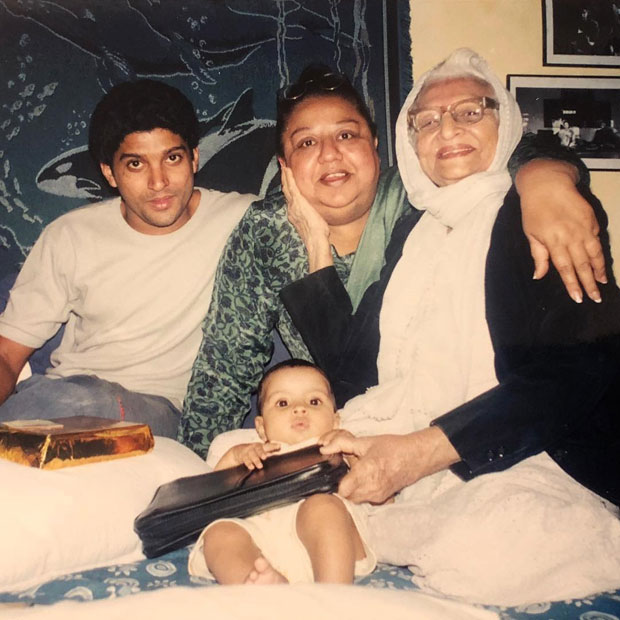 Farhan Akhtar became a known name instantly after his 2001 directorial debut Dil Chahta Hai emerged as a cult. But it was only in 2008 when he debuted as an actor in Rock On that he became a known face. The actor-filmmaker-singer has always been a shy and private person and doesn’t like to share his personal thoughts and pictures much. Hence, when he recently did, it grabbed a lot of eyeballs.

Yesterday, on Monday November 6, Farhan Akhtar surprised everyone by posting a private family picture on his Instagram handle. It’s an old picture clicked when his daughter Shakya was probably an infant. It features him, Shakya, mother Honey Hirani and grandmother Safia Akhtar. Shakya is wide-eyed and seems amazed with the whole experience. What also stands out is that Farhan also looks quite dashing and his boyish charms can’t be missed. The caption with the picture is “Special memories...Shakya with her father, grandmother and great-grandmother. Miss you Nani #raremoments #familytree”

On the film front, Farhan Akhtar was seen last year as an actor in Rock On 2, the sequel to his debut film. It flopped and so did his 2017 film, Lucknow Central. As a producer, he unveiled his digital show Inside Edge earlier this year in July. He’s now gearing up for his next production, Fukrey Returns, which releases on December 15.