American comedian Rosie O’Donnell recalled a blunder she made during her “awkward” encounter with Priyanka Chopra in a recent Malibu outing where she ran into her and Nick Jonas. The actor-comedian mistook Priyanka Chopra to be author Deepak Chopra’s daughter while greeting and repeatedly referred to her as ‘someone Chopra’ and ‘the Chopra wife’. 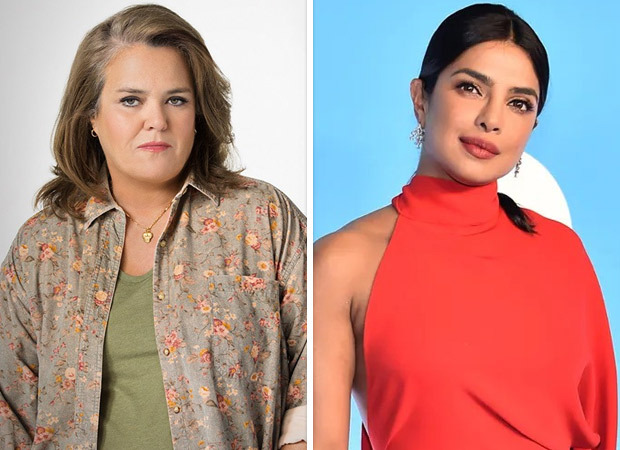 Recalling the “embarrassing” incident, Rosie took to TikTok and Instagram to share two videos where she owned up to the blunder and revealed how she misidentified Priyanka. “I just embarrassed myself, my son, and his girlfriend,” O’Donnell said in the first video originally shared on TikTok, and later reposted on Instagram. “Seated next to us in Malibu, at Nobu, was Nick Jonas and his wife, someone Chopra, which I always assumed was Deepak Chopra’s daughter.

She then added, “So when I said, ‘Hi Nick Jonas, you were great in Kingdom,’ and, ‘Hi (Priyanka) I know your dad’. She goes, ‘You do? Who’s my dad?’ And I go, ‘Deepak’. And she goes, ‘No… and Chopra’s a common name’. I felt so embarrassed. Didn’t you think Nick Jonas was married to Deepak Chopra’s daughter? Am I the only one who thought that?” she said, adding, “To Nick Jonas, I apologize. And to the Chopra wife, I apologize too.”

In a follow up video further apologizing to Priyanka Chopra, O'Donnell also noted that "people thought she was rude but she was not rude, it was just awkward. She's apparently a very well known actress and more famous than him (Nick) people were saying. So I'm sure it felt weird to her to begin with. Anyway, Priyanka is her name. And I just want to apologise to her and to everyone who thought it was inappropriate of me."

Neither Priyanka Chopra nor Nick Jonas reacted to any of Rosie's posts. In January this year, the couple turned parents through surrogacy and welcomed a baby girl and were recently spotted heading out for a date night in Malibu.