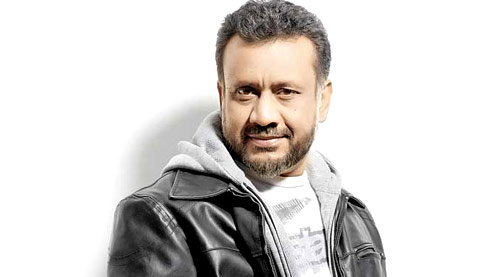 When I came to Bombay Dec 4, 1990 I didn't know Andheri East from West. Did not have a telephone number that I could call, besides my friend Virendra Saxena (The Actor) who was kind enough to allow me to share his roof. I wanted to make films. Those days the only man who made films in the city was Mr. Mahesh Bhatt. His cream color Maruti 800 number BLN 50 (Pls excuse my fetish for numbers) would travel from Dil Hai Ke Manta Nahin to Sadak to Saathi during a single day. Vikram Bhatt was first aide on one film, Salil Verghese on another one and so on. Pooja Bhatt would sometimes show up riding pillion on Hamara Bajaj with Robin Bhatt. Yes she was still the heroine of the film. His sets would have more visitors than the crew itself. I was one of those, for months. Four months. For sure, until I got a job elsewhere. Not to forget a great meeting with just Mr. Bhatt and me at his house. That meeting in another blog though. I remember Mr. Bhatt telling someone one day, 'People don't come to see me; there is a rare white pigeon on my shoulder. They come to meet that pigeon. Some day this pigeon will be on another shoulder then these same very people will go there. Fortunately for Mr. Bhatt that white pigeon continues to sit there. On his terms.

Working in Bollywood was tough then. There was only Bollywood in Bombay. There was No Zee TV then forget Sony or Star. Internet was almost Sci-Fi. So if you had to work, it had to be the movies. No Less. Those were the days when people cried when they said roll camera the first time. I did. It was tough to make movies then. You had to be an assistant first. I know of people who worked as assistants for two decades and still never got to make a film. These days, kids get restless in six months. After being an assistant for so long you had to have a story and once you had a story you needed to have an appointment. An appointment with a person who would believe in you. It could be a Star or a Producer. Yes Stars were this powerful even then, just that the Producers had a little more say in the film. The bad news was that Bollywood didn't make as many films every year then, so the chances of making a film were even slimmer. It was tough. Damn tough.

There were no video assists. You would see what you shot only a couple of days later. Until then? Nothing. Every time a shot got over, the Director looked at the cameraman. When he said okay the Director would move on to the next. Such was the trust. Such were the relationships. These days it is simpler; you see the shot on a monitor as it is canned. The bad news is that there are a number of people sitting behind you. The number of people of course depends on how big your movie is and how many stars are in it and of course each one has an opinion. At least one. Even worse, you can't reject them.

It was the 1991 Iraq war that brought Cable TV to India. Cable News Network it was called, rightfully. CNN. Until then it was only DD and Krishi Darshan. Then came Zee, then Sony then Star and then a plethora of entertainment software ran through a weird maze of white cables that suspended from one rooftop to the other. These cables were the arteries of so many careers that would be built over the next two decades. Tara was the first Super Hit show on Zee TV. Navnit Nishan, a very dear friend from NSD became the first Satellite TV celebrity in India. She didn't know what hit her. From various film assignments to appearances to endorsements to a wide range of new career avenues. That was the beginning of the ease of making movies. Not movies necessarily but yes, thereabouts.

Personally I started my Directing career with some episodes of Yule Love Stories on Zee TV in 1993. Around the year 1995 the world of music videos were opening up. A beautiful Boutique Music Label and Sonu Nigam gave me my break in to the world of music videos with 'Tu". Of course a few videos later I was virtually bought over by Bhushan Kumar at T-series who turned me in to what media called a Music Video Mughal. Yes I did over a hundred music videos over a period of three years. It was during one of those video shoots that I received a call from Bhushan asking me if I wanted to make a film. It was that simple. The only condition was that the film should have ten plus songs. I loved music. I still do. I agreed but for reasons still unknown to me I wanted to make my debut with rank new comers. Tum Bin released on the same Friday with a magnum opus Aks that features the great Mr. Bachchan (Who I still yearn to work with) and my dear dear friend, and then a new star on the horizon Manoj Bajpayee. Tum Bin received great acclaim and success for a film with five debutants including your truly. A year later at his house, Salman Khan with his inimitable sniff asked me the names of the stars that refused to be a part of Tum Bin. It was his way of saying he had loved the film. It was that simple. Eleven years after I came to Bombay I had managed to make the film that even Salman Khan had seen and liked. It was that simple.

Twenty-four years since I came to Bombay it is tough again. Very Very tough.

(Anubhav Sinha is a film director known for his films like Tum Bin, Dus and the Shah Rukh Khan starrer Ra.One)