Parineeti Chopra is doing her first out and out action film, Code Name: Tiranga. Parineeti plays a spy on an extremely risky mission to save India in the film. She dedicates the gritty, edge of the seat thriller to all the ‘unsung protectors of India’ like our brave soldiers and the incredibly courageous spies who fight for our country by risking their own lives. 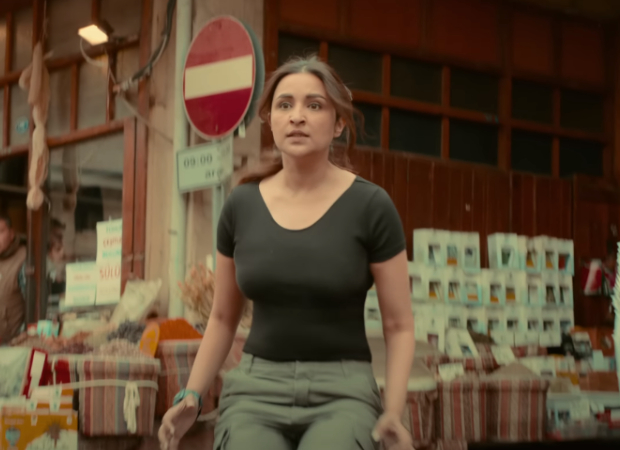 “Code Name: Tiranga is dedicated to all the unsung protectors of India” – says Parineeti Chopra

Parineeti says, “Code Name: Tiranga is dedicated to all the unsung protectors of India like our brave soldiers, our daredevil agents and every single person who have sacrificed everything to protect our country! I have always been fascinated by such people all my life.“

She adds, “So, for me, to be doing a film in which I pay tribute to these warriors of our nation is a matter of great pride and honour. Their lives have inspired us to be better human beings and we are all indebted to them for their courage and valour that has saved our country countless times.”

It was recently revealed that for the role, she had to learn the Israeli martial art form, Krav Maga, for three months to perfect her role as an elite agent in the film. Developed for the Israel Defense Forces, Krav Maga is derived from a combination of techniques used in aikido, judo, karate, boxing and wrestling! Parineeti recently said, “At the end of most days I had injured and bruises all over my body, and the next day the most amount of makeup would be needed not on my face but rather to cover up my injuries. I’m extremely happy with the way people are liking my action shots in the trailer and it is a big thing for someone like me who has never done action as a genre before.”

Parineeti Chopra has been paired opposite actor-singer Harrdy Sandhu. Directed by Ribhu Dasgupta, Code Name Tiranga will release in theatres on October 14.

ALSO READ: Parineeti Chopra posts a gorgeous selfie from her ‘biggini shoot’ in a green bikini as she enjoys her time in the Maldives