Sajid Nadiadwala and Namah Pictures collaboration, Satyaprem Ki Katha starring Kartik Aaryan & Kiara Advani is slated to release on 29th June 2023, the audience is waiting to receive more information about the film. Keeping up the ever-rising anticipation of the audience about the upcoming musical love saga, Satyaprem Ki Katha, the makers are here with an announcement that the film has wrapped up the Mumbai schedule. 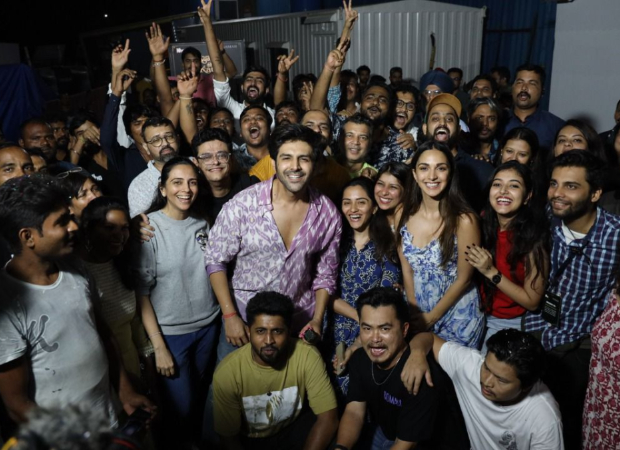 The film will mark Kartik Aaryan & Kiara Advani coming together for the second time after their latest venture. Moreover, having seen the progress of the film we are eagerly waiting to receive more about the film. While taking to his social media, Kartik shared the wrap-up celebration of the film in which he can be seen enjoying and doing the Garba with the whole team. The actor also wrote the caption, "And on the day of Dussehra, A month long hectic but fun schedule with the most rambunctious crew of #SatyaPremKiKatha comes to an end !! with lots of celebration and Mini Garba."