Earlier this week, the cast of Dangal had a mini-reunion where Sanya Malhotra, Fatima Sana Shaikh, and Dangal director  Nitesh Tiwari met for a while and it brings back all the nostalgic feels! 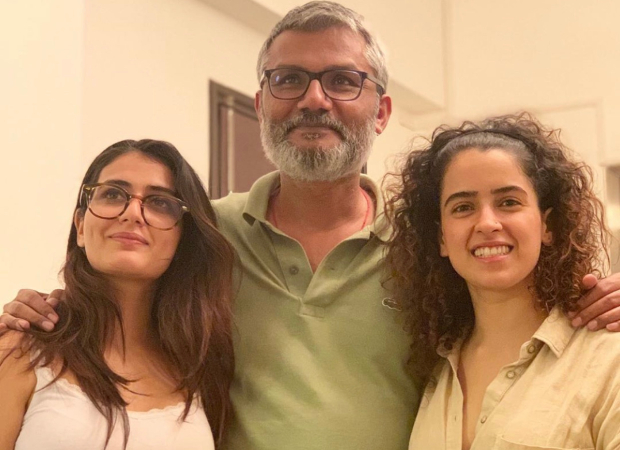 Dangal is the movie that took the nation by a storm and is considered as one of the best Bollywood movies of all time for numerous reasons ranging from the storyline which is inspired by true events to the iconic characters portrayed by Sanya Malhotra and Fatima Sana Shaikh. The movie was not only critically acclaimed but became the highest-grossing movie of all time in Bollywood for all the right reasons.

To overcome a dull Tuesday hue, the Dangal sisters Fatima Sana Shaikh and Sanya Malhotra along with their director Nitish Tiwari and his wife met up for dinner at Sanya Malhotra's residence and took a trip down memory lane that is Dangal.

Both the actresses received wide appreciation for their performance in the movie Dangal and what's shocking is that being their debut movie only adds to how amazing and talented the actresses are!

Being a director's actor, Sanya Malhotra has never failed to impress us with her personality and bodacious dance moves and giving us breakthrough performances like Dangal and Badhaai Ho and Photograph, the actress will now be next seen in Anurag Basu's upcoming film.