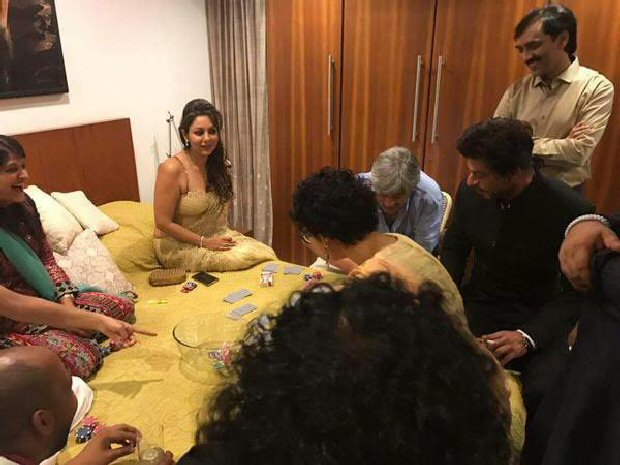 Shah Rukh Khan recently returned from Barcelona after wrapping up his film The Ring and a mini family vacation. This past weekend was all about big Bollywood parties and SRK made sure to attend those.

From Anil Kapoor's Diwali bash to the Bachchan's grand celebration to Aamir Khan's Diwali party, Shah Rukh Khan and Gauri were hopping from one star-studded party to another. SRK attended Aamir's Diwali bash and stayed there for some time while indulging in some card game. Although Aamir wasn't seen in the photo, it was Gauri and Kiran Rao along with some friends who played the game alongside SRK. 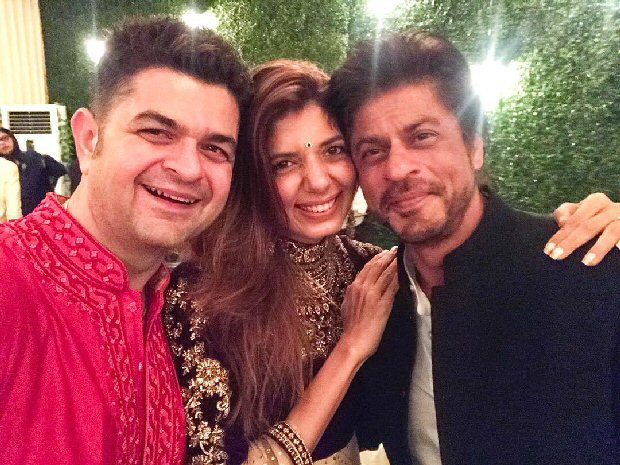 Shah Rukh Khan later hopped to Amitabh Bachchan’s party where he didn’t pose for the shutterbugs. But, he clicked a selfie with photographer Dabboo Ratnani and his wife Manisha.

On the work front, Shah Rukh Khan will be hitting the silver screens with Alia Bhatt starrer Dear Zindagi on November 26 this year.