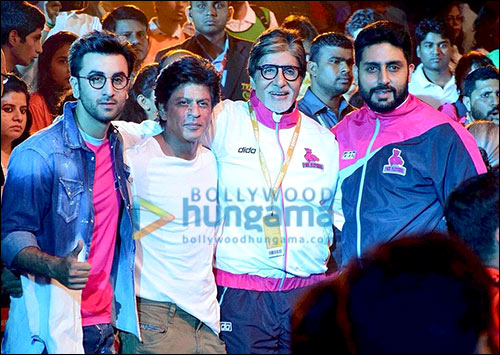 Shah Rukh Khan, Amitabh Bachchan, Ranbir Kapoor and Abhishek Bachchan skipped the biggest awards night of Bollywood, IIFA 2016 in Madrid this past weekend. Instead, all of them kicked off the fourth season of Pro Kabaddi League last night. 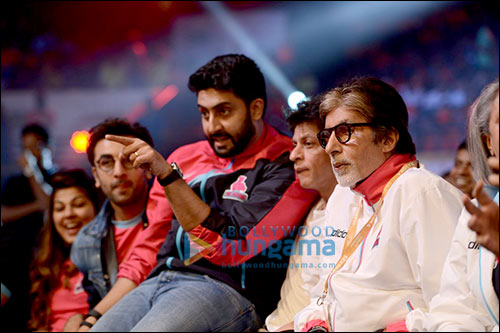 Ranbir Kapoor and Shah Rukh Khan attended the opening ceremony of Pro Kabaddi League to support Abhishek Bachchan's team Jaipur Pink Panthers. Though Abhishek's team lost to UMumba team, that didn't stop Bachchan Sr, SRK and Ranbir to have a wonderful time at the match. Later, Amitabh Bachchan shared some moments from the opening night along with a caption that said, "T 2298 - Thank you SRK & Ranbir for cheering for us at the game .. ok so we lost, but we shall BE BACK .. !! "