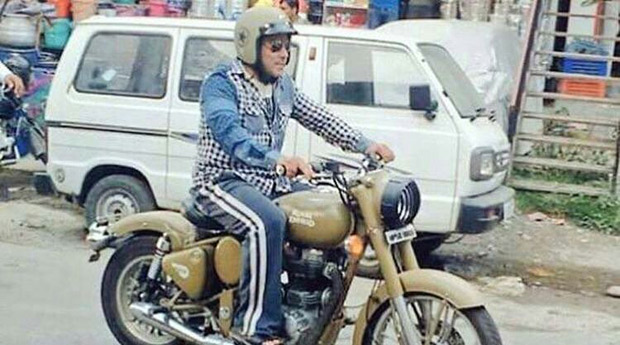 Earlier we had reported that Salman Khan was shooting for his next film Tubelight in the beautiful location of Manali. The second schedule of the film began in the start of September.

Readers may recall that we had shared a few glimpses from the Manali shoot. We came across one more photograph of Salman Khan while he rode a bike on the streets of Manali. Dressed in a denim shirt, checkered vest and track pants, Salman was seen driving a Royal Enfield.