Last Updated 27.01.2020 | 8:42 AM IST
feedback language
follow us on
Home » News » Bollywood Features News » Check out: Salman Khan all smiles as he cuts his birthday cake with nephew Ahil 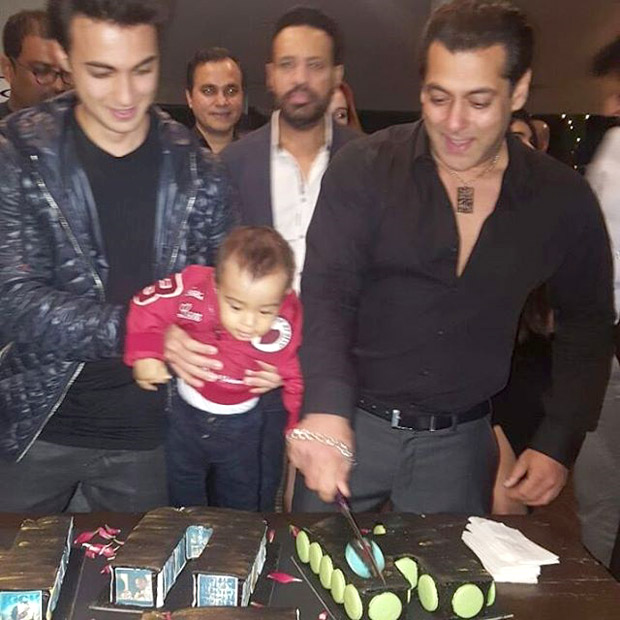 The celebrations at Khan house began last night as Salman Khan turned 51. On his 51st birthday, the family threw a lavish party for his family and close friends. The birthday is also special as the actor will be launching Being Human Jewellery line today.

The party took place at Salman Khan's family farmhouse in Panvel where the security was beefed up. The guests included Bipasha Basu, Remo D'souza, rumoured girlfriend Iulia Vantur. A Being Human customized cake was made for Salman who cut the cake with the help of his little nephew Ahil Sharma. Salman shared a photo of cutting the cake with all dressed up Ahil while his father Aayush Sharma held him. 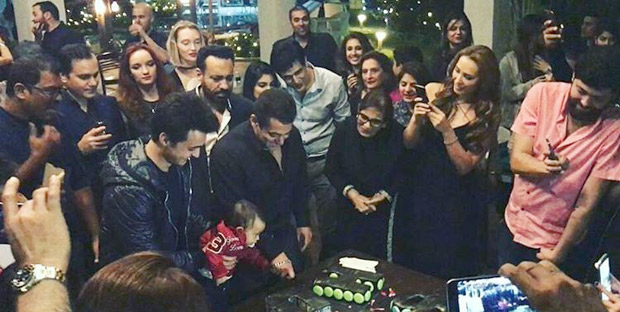