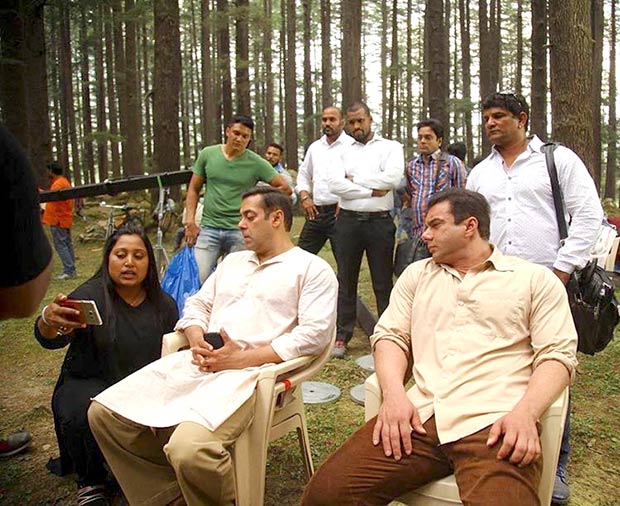 Salman Khan has been shooting for Kabir Khan's film Tubelight for a few months now. The Manali schedule seems to be a long one.

Kabir Khan has been teasing the fans with a few shots of Salman Khan from the sets Tubelight. In one photo, Salman was seen strolling beside a river whereas in the other, he was seen checking out something on the phone of the film's choreographer. He is also joined by his brother Sohail Khan in this picture.