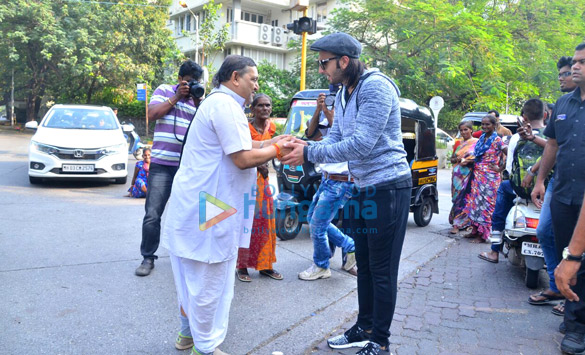 Ranveer Singh is gearing up for the release of his upcoming magnum opus film Padmavati which also stars Deepika Padukone and Shahid Kapoor in the lead. Ever since Ranveer's look as Alauddin Khilji was revealed, it has left his fans wanting for more.

While Ranveer Singh is still completing last bits of the film, the actor was spotted out and about in Mumbai. He was spotted outside Otters Club in Bandra where he was seen seeking blessings from a pandit. According to some reports, Ranveer knew the pandit since his childhood. It was after a really long time the actor bumped into him on Monday afternoon and sought blessings. 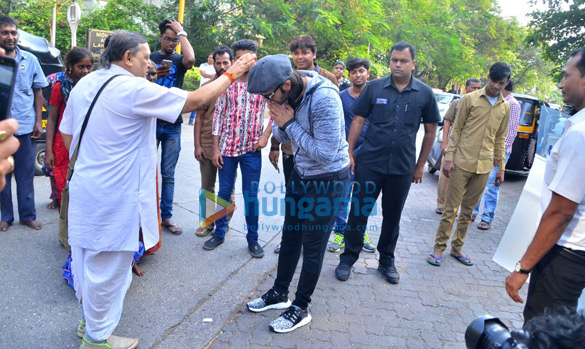 Meanwhile, Sanjay Leela Bhansali directed film Padmavati is all set to hit the theatres on December 1, 2017.