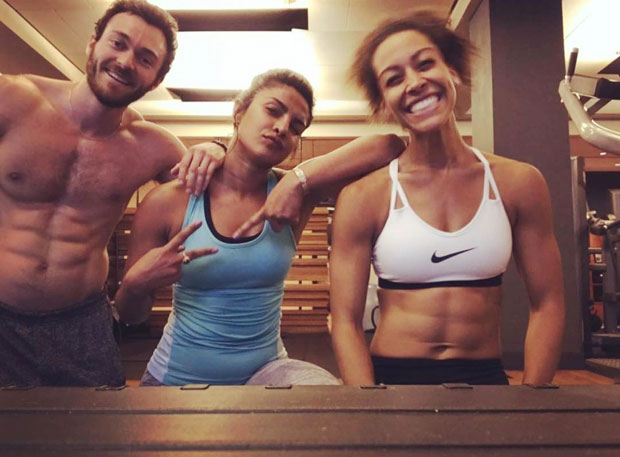 Priyanka Chopra, who was working on her second Hollywood film, has completed the shoot for Isn’t It Romantic. Post the shoot, Priyanka Chopra is now prepping for the third season of her crime drama Quantico.

For the third season, Priyanka Chopra is hitting the gym these days and prepping hard for the upcoming season of her show. The actress shared a picture with her two trainers – army trainer Bree Branker and Austin Cagley, who is a boot camp instructor. She captioned it, "From never working out to working out with two beasts! Thank you guys for being so rad! @austincagley @breebranks will miss u!"

On the work front, Priyanka Chopra recently released her fourth single ‘Young and Free’ in collaboration with Australian producer and DJ Will Sparks. Priyanka Chopra is also starring in a film A Kid Like Jake alongside Jim Parsons and Claire Danes.