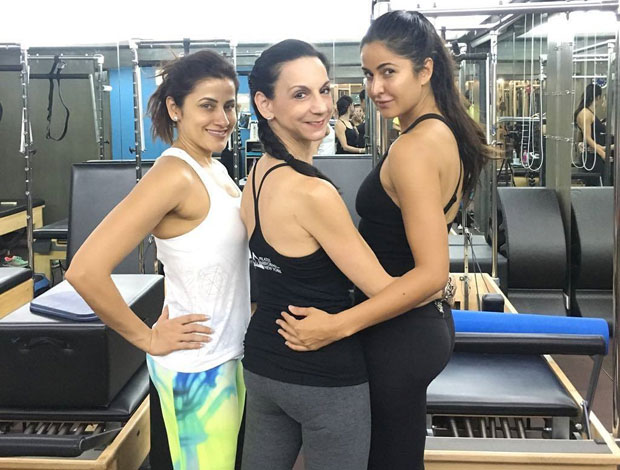 Katrina Kaif is one of the fittest actresses around who is known to take her training sessions seriously. Her training regimen is anything but easy and she gave a first-hand experience of her to her fans.

The actress posted a video today on her Instagram handle that consists of three clips of her practising Pilates. Not just Katrina Kaif, but even her trainer Yasmin Karachiwala is practising under the guidance of the latter’s trainer Ann Toran. Ann Toran looks fit and assertive and neatly giving instructions to both Katrina Kaif and Yasmin Karachiwala. “Training pilates with master trainer @yasminkarachiwala and master trainer's trainer @annktoran and meeeeee,” is the caption with the video clip.

Ann Toran meanwhile also took to Instagram but she posted a picture instead of a video. In the image, she is seen standing between Yasmin Karachiwala and a hot looking Katrina Kaif and Ann Toran called both of them ‘outstanding’. “It was amazing to teach a Pilates Reformer Duet to these outstanding ladies!” was the picture caption.