Last Updated 15.08.2020 | 5:32 PM IST
feedback language
follow us on
Home » News » Bollywood Features News » Bollywood News Check out: Priyanka Chopra points a gun at someone while shooting an action scene for Quantico on the streets of NYC 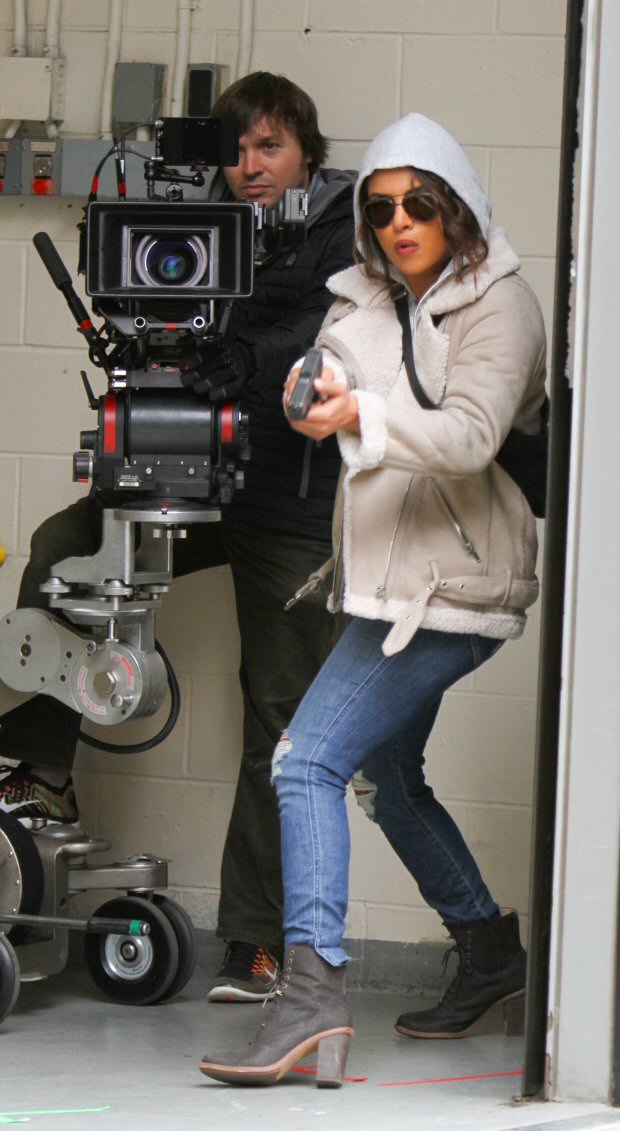 Priyanka Chopra is hustling hard since she has been back on the sets of her crime drama show Quantico for its third season. The show, which began shooting in Italy, is now being filmed in New York City.

We came across some new pictures of Priyanka Chopra from the sets of the show whilst she was engrossed shooting an action sequence. Donning a white coat with denims and boots, Priyanka was pointing a gun at someone while filming some intense sequence on the streets of NYC. 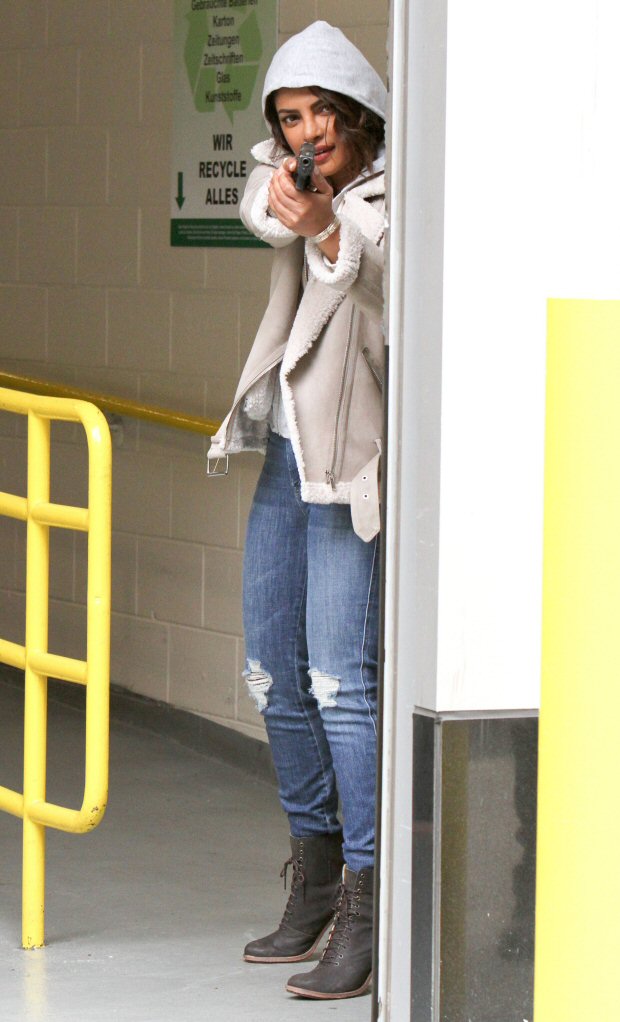 Priyanka even shared a picture from the sets of the show with her co-star Johanna Brady and director Alex Kalymnios. She wrote, "And we’re back! With @thejohannabraddy and our director @alexkalymnios on the sets of episode 2 #quantico3 #Albey miss u @jazmasri."

Recently, Priyanka Chopra was snapped shooting for a thrilling kidnapping sequence. The third season of Quantico has been cut down to 13 episodes and will have a mid-season premiere. 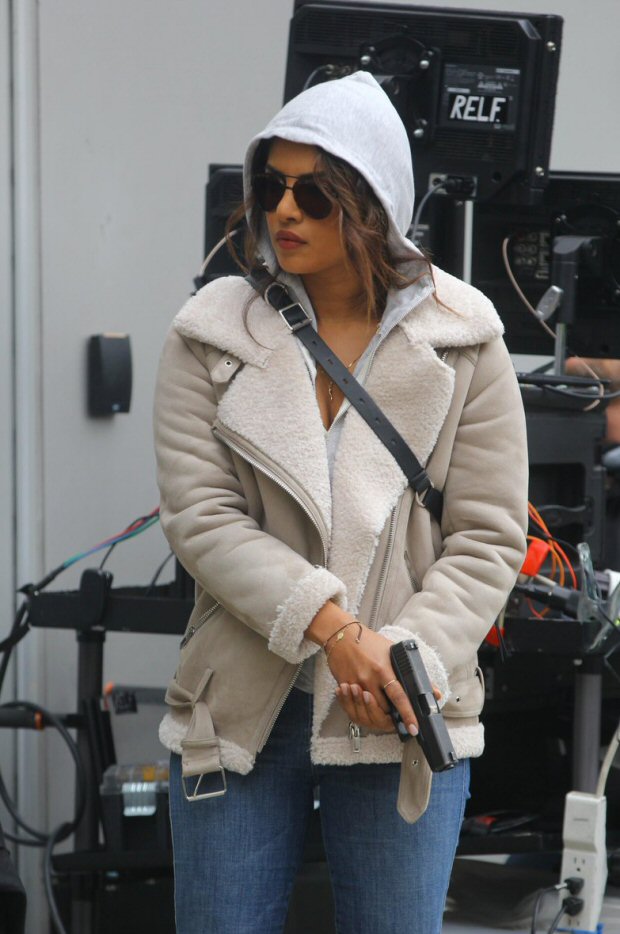