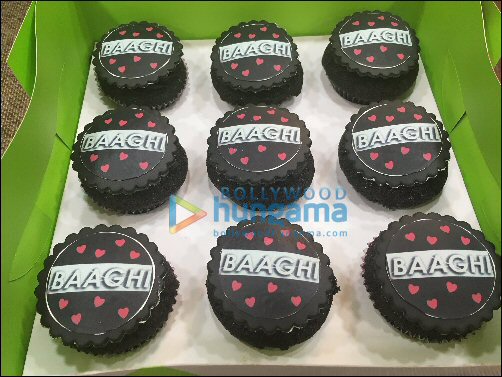 By now, we all know that Tiger Shroff's next film is Baaghi, in which he stars alongwith Shraddha Kapoor. News reports also have it that Tiger Shroff had trained extremely hard for the movie and had also taken up stunt classes. Like all good things come to an end, even the shooting of the film Baaghi got wrapped up recently.


Even though the film's shooting has ended, the team of Baaghi will definitely have its memory etched in gold, courtesy, Tiger Shroff and his cupcakes and biryani, which had their 'covering' with the film's title.


Baaghi is directed by Sabbir Khan and produced by Sajid Nadiadwala in association with UTV. The film is slated to release on April 29, 2016.