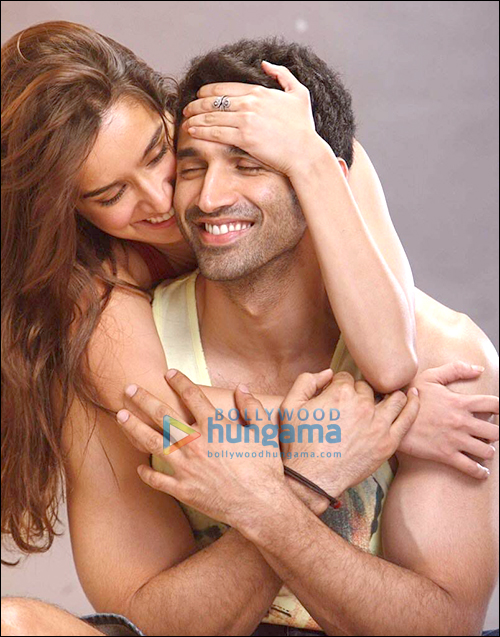 Earlier we at Bollywood Hungama had reported about OK Jaanu, which is the remake of the Tamil hit OK Kanmani (directed by Mani Ratnam), that will be produced by Dharma Productions. OK Jaanu stars the suave Aditya Roy Kapur and the chirpy Shraddha Kapoor in the lead roles. The much awaited first look of the film is now officially out.

Aditya Roy Kapur, whose last release Fitoor, met up with a mixed response at the box-office, unites with his Aashiqui 2 co-star Shraddha Kapoor with OK Jaanu, the film that revolves around the lives of two lovers and the issues that they have in their lives.

While OK Jaanu is being directed by Shaad Ali, the film is being produced by Karan Johar. The film will have its music composed by A.R. Rahman, who had also worked on OK Kanmani.